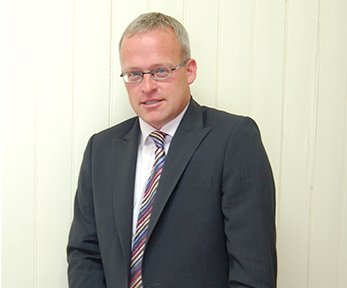 Exclusive: FINE Gael want well-known and popular auctioneer Keith Anderson to run for the party in the General Election after Paddy Harte Jnr was RULED OUT of the race.

Mr Anderson, based in Donegal Town, is said to be thinking about the offer which was made by local party officials and endorsed by senior party office holders in the county.

Any move would still need to be approved by Fine Gael party headquarters but the estate agent – a well-known member of the business community known for his charity work – would prove a popular choice.

The move comes amid bitter in-fighting over the possibility of Paddy Harte Jnr standing for the party. His father Paddy Harte represented Donegal in the Dail for 32 years.

A number of senior party officials have contacted Donegal Daily to say that they will oppose any attempt to include Paddy Harte on the ticket. One senior member said he would quit the party over the issue.

“The bottom line is that we need to look at this election from several different angles and one of them is geography and Keith Anderson is, by far, the better choice of the two (Harte) from that perspective as well as several others,” said one official.

“Selecting Paddy Harte would be just plain wrong. He’s a sound fella, but not Oireachtas material.”

If Mr Anderson is selected, the party may still add a third female candidate to the Fine Gael ticket to run alongside sitting TD Joe McHugh.

Other officials also ruled out a return for Deputy Dinny McGinley.

“That’s still doing the rounds but that is not going to happen,” said another senior party source.