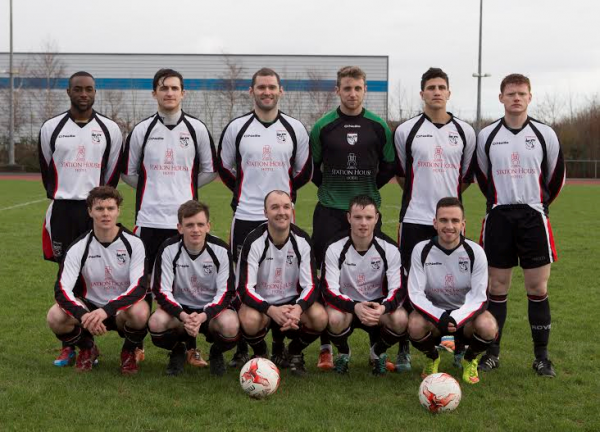 The club have a big weekend ahead with the seniors involved in the last 16 of the FAI Intermediate Cup when we host Cork side Midleton at the Aura on Sunday. Kick off is at 12 noon and we would urge everyone to make the effort to cheer on our boys as they attempt to reach the quarter finals for the first time since 2004.
The seniors were on league duty last weekend and had a good 4-1 win over Swilly Rovers. Goalscorers were Paul Boyle, Darren McElwaine, and Paul McVeigh x2.
The Knockalla Cup draw has been made and Rovers ave been drawn at home to Drumoghill. That game will be played on 14th February.
Schoolboy action on Saturday last saw the u12s Rovers win 3-1 at Swilly Rovers. Goalscorers were Ben Cassidy, Harry Winfield and Corey McCarron. Our u14s Rovers defeated the u14s Crusaders 5-1. On the mark for Rovers were Toki Hassan Callum Friel and Jake Fitzsimmons with a hattrick while Sean McVeigh replied for Crusaders. Our u16s lost out to Bonagee 5-2 with Gabriel Adouaka and Conor O’Donnell netting for Rovers.
The u14s United lost out to Gweedore United 5-0.
Schoolboy action this weekend sees the u12s Crusaders travel to play Milford Blues on Saturday at 1030am while our u14s Rovers play Keadue at 1145am at the Aura.
Sunday sees the u12s Rovers host Milford Utd at Leckview at 1015am. while the u16s are due to play Keadue at the Aura at 215pm.
The club would like to wish a large number of club representatives all the best representing Donegal schoolboys in the various SFAI inter league competitions which get underway this weekend.
The club would like to thank everyone who supported the LMS competition. 27 people were eliminated in the first week and you can follow its progress on the clubs facebook page.
Mini Lotto Numbers drawn this week are 11-12-15-23.
3 Match 3 winners receive 25 euro; Barry McDaid,Martin O’Donnell and Neil McMonagle.
Next weeks Jackpot is 3250 euro.

Club bingo continues in the Station House Hotel on Thursday evenings with a 830pm start. A new snowball of 1000 euro on 45 numbers or less is up for grabs!