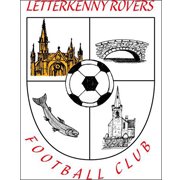 LETTERKENNY Rovers are through to the last eight of the FAI Intermediate Cup after a 2-1 win over Midleton of Cork today.

Paul McVeigh hit a stunning opener in the 10th minute to help send the Donegal outfit into the quarter finals of the competition for the first time in 12 years.

Darren McElwaine added a second goal 25 minutes later after a mistake in the Midleton defence.

The visitors pulled a goal back eight minutes into the second half but tried in vain to break through the Rovers defence again, but failed.

Rovers victory at the Aura was fully deserved, they played the better football throughout and dealt with a barrage of long balls in the second half.