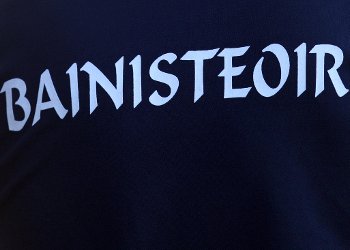 Awards night: The awards night will take place on Saturday the 20th of February  2016 in Dom’s Pier 1 . Tickets €25 each and are available through any club officer.

Club Adult membership: €30.00 + €20.00 development levy for adult members is now due for 2016 season. Payable to senior Register Shirley Doherty 0873140486 or Paul Timoney Treasurer 0872791305 .Shirley will be in the Abbey Hotel Monday evening from 9-9.30 pm to collect membership . Note to all senior men registration must be paid before yous go to play as yous are not insured to play or train.

Club Lotto: Renew Subscriptions, the club would ask all persons that are members of our lotto to pay annual subscription to sellers of to treasurer Paul Timoney 0872791305. New members are welcome with quarterly and half yearly subscriptions available.

Underage hurling: U10 & U12 hurling for 2016 is on every Friday at 6-7pm on the astro pitch in Tír Chonaill Park. The U10’s will have a number of indoor blitzes in

Support you Club: Recently one of our club memebers stayed in The Croke Park hotel- “The No.1 GAA Hotel” and they have participated in the GAA Club Support Programme by nominating the Four Masters club at time of reservation. The Croke Park hotel is committed to supporting GAA Clubs throughout Ireland and the world. As part of this programme they are donating 5% of the room revenue and associated food spend to our club when any of our members stay with them.

Scór Sinsir: The first round of Scór Sinsir was held in Drimarone Community Centre last Saturday 16th January.  This year’s event was hosted by our neighbours St Naul’s and it was a great night’s entertainment indeed.  Well done to the hard working committee who put it all together but especially to Ann Marie Sheerin who was also Ban a’ Tí for the night.

We competed in 3 events, Rince Foirne, Rince Seit and Trath na gCeisteanna.  Congratulations to all our participants in what was a very well attended and competitive event.  Our Ceili dancers and Set Dancers will both go forward to represent Four Masters Club at the County Final in Glenswilly on the 29th of January.

We wish them continued success and Best Wishes at the Co Final.

AVS Basketball: On behalf of the Four Masters club we would like to congratulate the U16 AVS Basketball team who won the All Ireland Final against Colaiste Cholmcille. Well done girls.

Club Lotto: There was no winner of the lotto jackpot of €4,300 in week 28 of the 2015/16 season draw held in the Abbey Hotel on  Monday the 25th of January. The €25 winners in the lucky dip were Edmund Walsh, Main Street, Barbra Mc Partland, Brookfield, John Joe O’ Shea, Doonan, and Michael Gallagher old Golf Course Road. The numbers drawn were 15, 16, 19 and 23, Congratulation to all winners. The next draw takes place on the 1st of February.

Club Notes: Any club managers, mentors or members who wish to have information included in the club notes should email fourmasterspro@gmail.com before Monday night to ensure it is included.