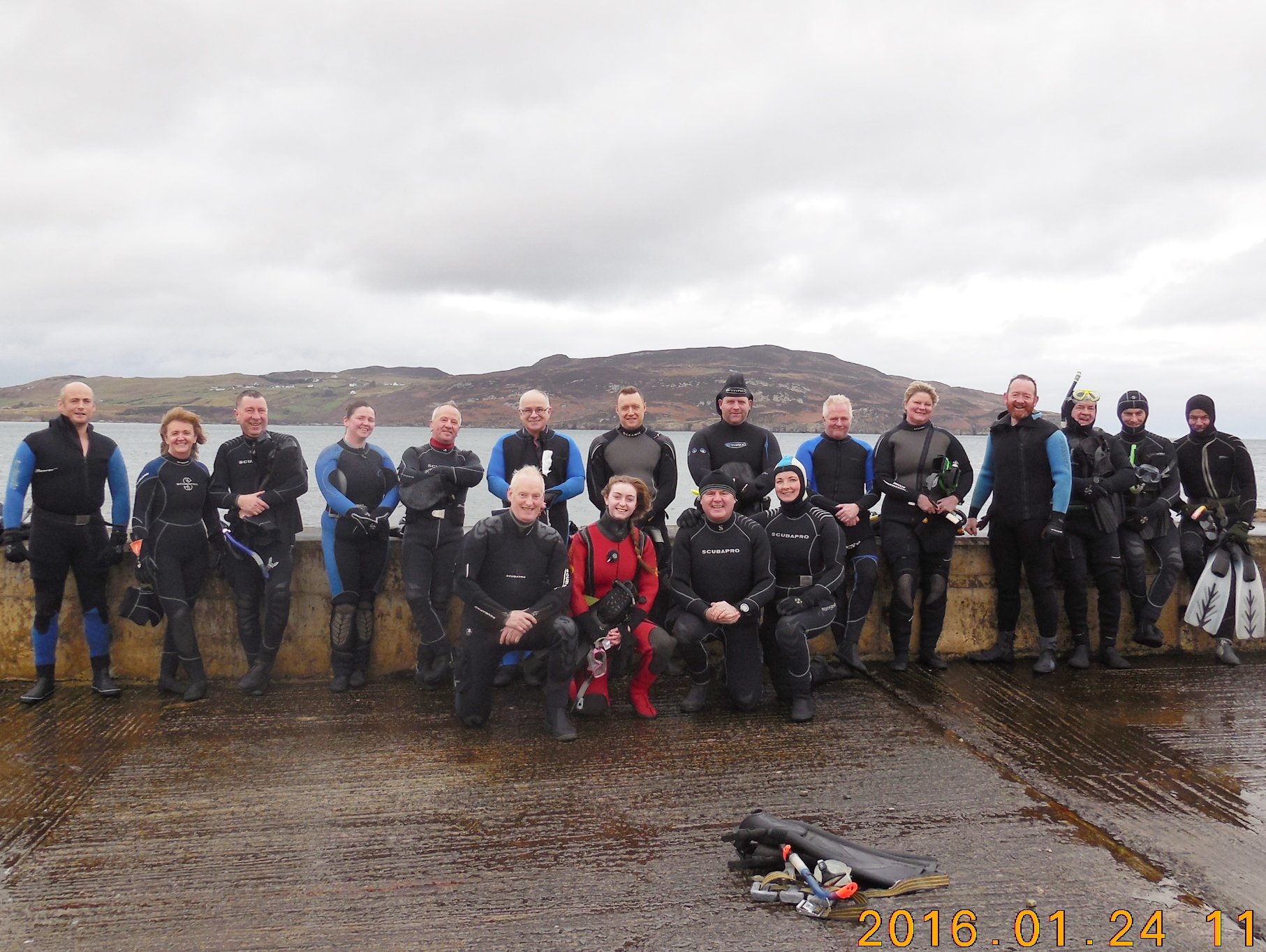 SHEEPHAVEN SUB-AQUA TRAINEES HAVE THEIR FIRST DIVE AT PORTNABLAGH 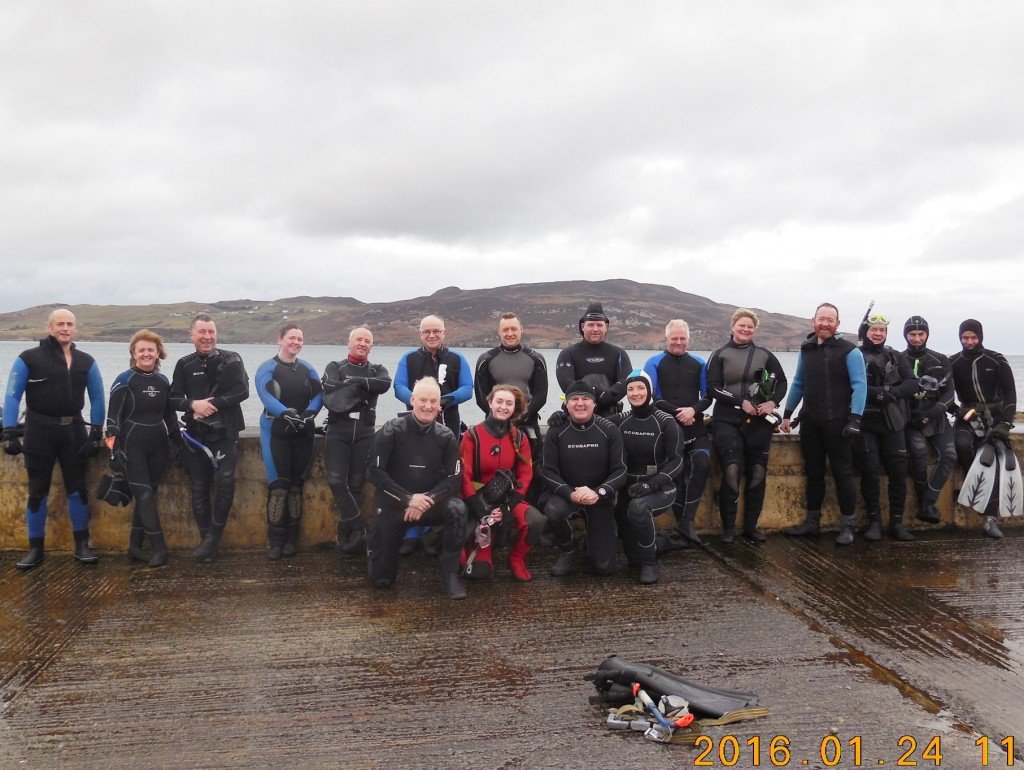 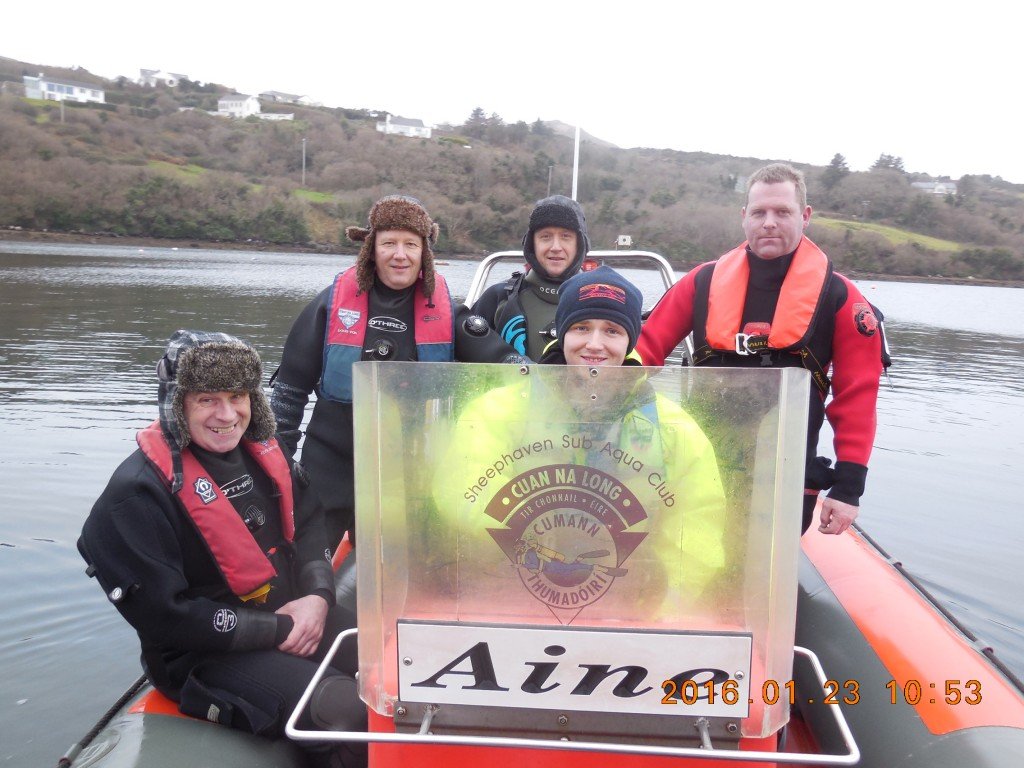 Sheephaven SAC had another full week of diving activities last week starting on Wednesday evening with the Class of 2016 Sheephaven Trainees attending their first set of lectures. This was followed on Saturday with a club dive to Campbell’s Bed and finished off on Sunday with a snorkel at PortnaBlagh Harbour.

Anne Boyle, Sheephaven SAC Training Officer, led the new Sheephaven Trainees in their first round of dive lectures, which will be followed over the coming weeks by further lectures in the clubhouse and pool work at the nearby Mevagh Dive Centre 3m dive pool.

This process of lectures and practical pool work will prepare the new trainees for their first open water dive in the coming weeks and from there into what will undoubtedly be a wonderful adventure below the waves.

The Saturday morning dive was on the Campbell’s Bed reef that extends in a generally north south direction for a couple of hundred metres near to Kerrykeel in Mulroy Bay.

At its deepest on the south side the reef comes up from a depth of 27 metres to just 2 metres from the surface, which allows a diversity of light conditions and marine life accordingly.

On-site water temperature was as low as 6 degrees Celsius, while visibility in the upper column was good at over 5 metres; at 25 metres it was very poor at less than a metre.

On what has been recorded as one the warmest January days at 15 degrees Celsius at Malin Head, the Sunday morning Sheephaven snorkel from PortnaBlagh was once again very well attended and allowed some club members the opportunity to successfully conduct their water fitness test.

Even though water temperature was not much above 8 degrees Celsius there was a balmy southerly breeze blowing across the harbour which encouraged the snorkelers to cross over to the golf course point and into a lovely Sunday morning snorkel.

All in all a busy week for Sheephaven members and no doubt an indicator of what will hopefully be a great year ahead.

This week marks the 99th anniversary of the sinking of what must be most iconic wreck around Donegal if not Irish waters, that of HMS Laurentic on the 25th January 1917. She was famous before WWI for her speed across the Atlantic, a product of her revolutionary triple engine design, with two outside reciprocating steam engines and a centre low pressure turbine driven from the outside engines’ exhaust steam, allowing her to efficiently maintain speeds of up to 16 knots.

The Laurentic was 565 feet long, 67 feet wide and weighted nearly 15,000 tonnes and in 1910  was used to capture the notorious murderer Dr Crippen, allowing Chief Inspector Drew to get to Canada before Crippen, arrived despite leaving days after he had fled across the Atlantic.

In 1917 the Laurentic was dispatched from England with 43 tonnes of gold made up with 3,211 bars, to pay for war armaments and after a brief stop in Buncrana she sank after hitting 2 mines off the mouth of Lough Swilly.

On a snow filled January night the Laurentic sank taking 354 passengers and crew with her, along with the gold. Over the next 7 years divers conducted over 5,000 dives and recovered 99% of the gold, which in 1917 was valued at £5 million, in itself a record for achieving the most recoverable percentage value from a shipwreck.

With the value of gold today at over $1,000 per ounce the 43 tonnes would be worth around $1.5 billion, giving the value of each missing bar of gold worth around $0.47 million. Without doubt the missing bars of gold are long since gone, but the legend that they represent still attracts 99 years later.