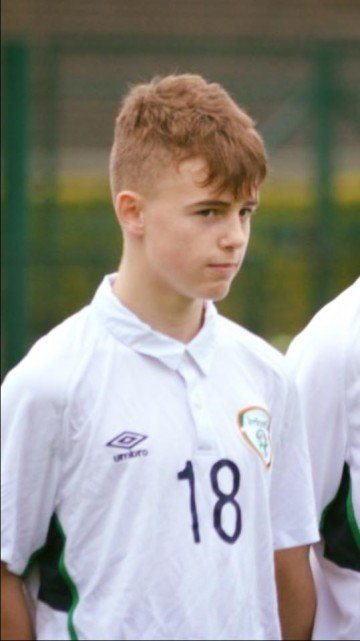 Marc Walsh is off to Turkey with the Republic of Ireland U15 side.

Marc Walsh, 15, who plays his club football with Gweedore Celtic will jet off with the rest of his international teammates later this afternoon.

The Republic of Ireland will face Holland, Turkey and Austria at the international tournament – which will be attended by a host of scouts from clubs all over Europe.

Walsh will be hoping he can impress and will be confident of featuring on a consistent basis at the tournament given his performance in their last international match.

Walsh won a penalty and scored a stunning goal as Ireland defeated Wales 3-1 in a friendly encounter a number of months back.

Walsh has been on trial at a number of clubs in both England and Scotland and will be hoping he can earn a contract with a professional club in the next twelve months.

For now though – he’ll be focusing all his energy on making another positive impact for the Republic of Ireland U15 side.