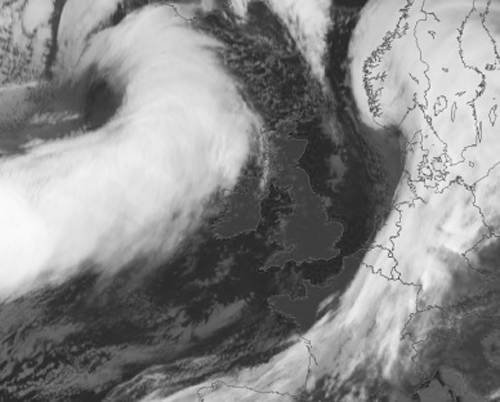 Winds will peak during Monday afternoon and evening and will be at their strongest along the coasts.

A YELLOW STATUS alert is in place for 15-metre high waves along the Donegal coast.

This warning is also in place until midnight.

Gardai and the Coast Guard have warned people to stay away from piers and any coastal routes susceptible to flooding and waves over the next 24 hours.

The main storm will hit Scotland and further north in the Atlantic.