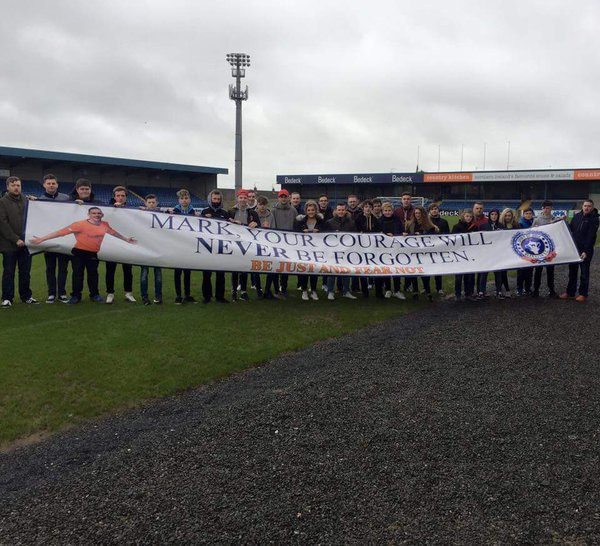 They carried a banner in tribute to the Inishowen man who was laid to rest on Friday after a long battle with cancer.

Glenavon players and fans travelled to Donegal for the funeral.

Today Mark would have been proud of the Lurgan side’s heroics in the Irish Cup.

Glenavon booked their place in the quarter-finals of the Cup with a stunning 4-1 win over holders Glentoran.

Goals from Rhys Marshall, Ciaran Martyn, Eoin Bradley and Joel Cooper sealed a comfortable victory for Gary Hamilton’s side at The Oval.

Glenavon’s win was the perfect tribute for former striker Mark.

A minute’s silence was observed prior to kick-off, with fans joining in a minute’s applause in the 10th minute in memory of Farren – who wore the number 10 shirt during his time at Mourneview Park.