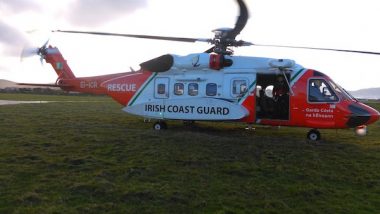 MAN HAS LUCKY ESCAPE AFTER FALLING INTO SEA 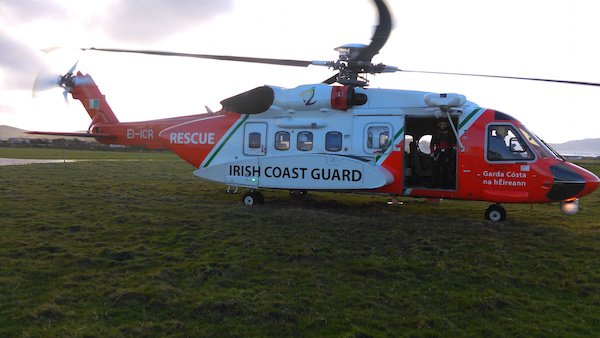 The rescue 118 helicopter took the man to Letterkenny General Hospital after his fall.

A man had a lucky escape after he fell into choppy waters while strolling along a beach.

The man was walking along Dooey Beach near Downings around 4pm yesterday when disaster struck.

The man suffered an injury when he fell off an embankment and down two metres into the freezing sea.

The 45 year old, who suffered a wound, was with his partner who telephoned for help.

Units from the Mulroy Coastguard found the man laying some metres from the water when they arrived at the scene.

The rescue 118 helicopter arrived on the scene and the man was transferred to Letterkenny General Hospital.

As well as a fractured ankle, the man suffered from hypothermia after his time in the water.

Malin Head Coastguard said the man had managed to swim back to the shore after falling in.

A spokesman said the man was extremely lucky as there were high winds and choppy seas at the time of the incident.

The man is believed to have made a full recovery and his injuries are not life threatening.