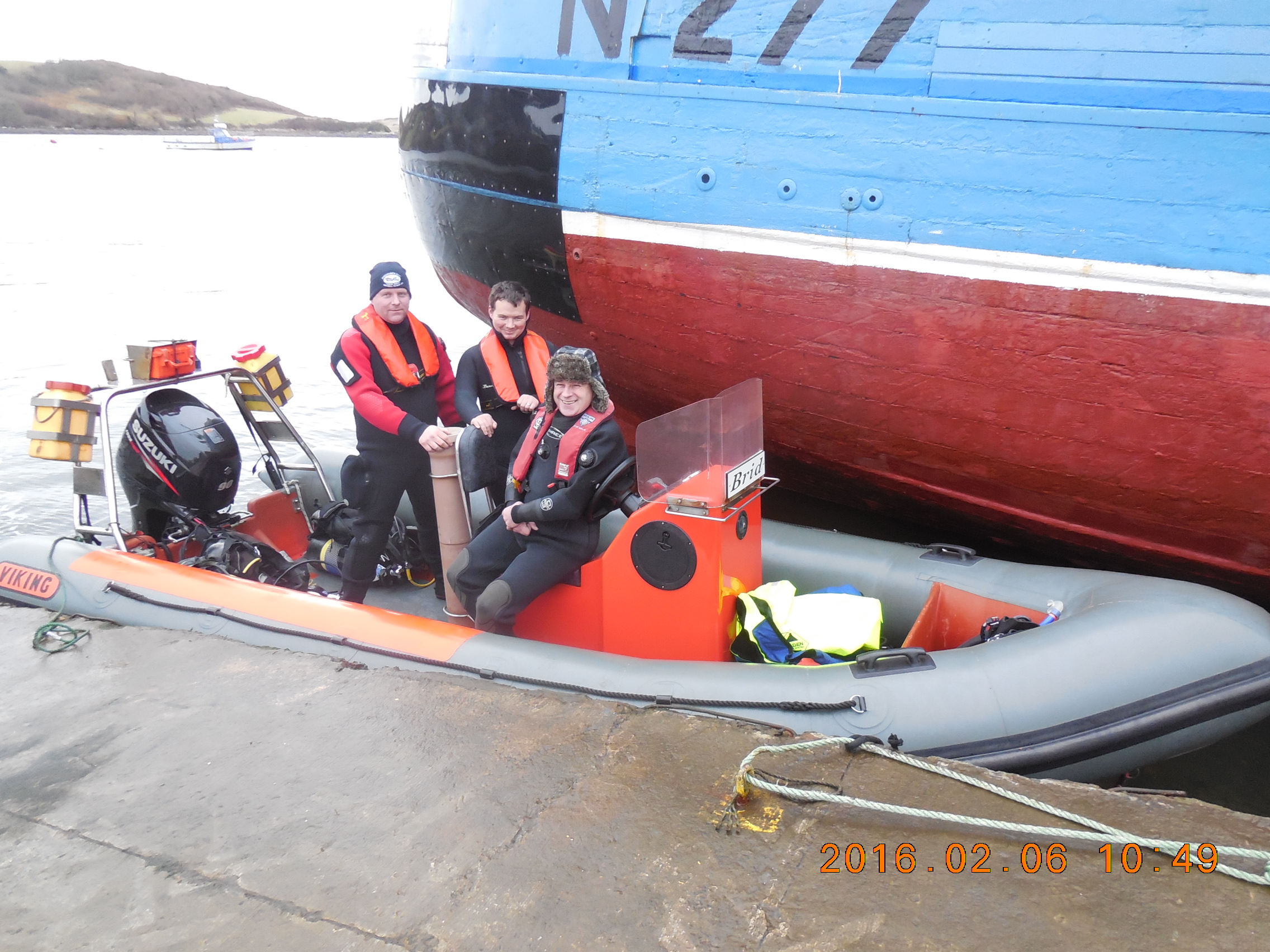 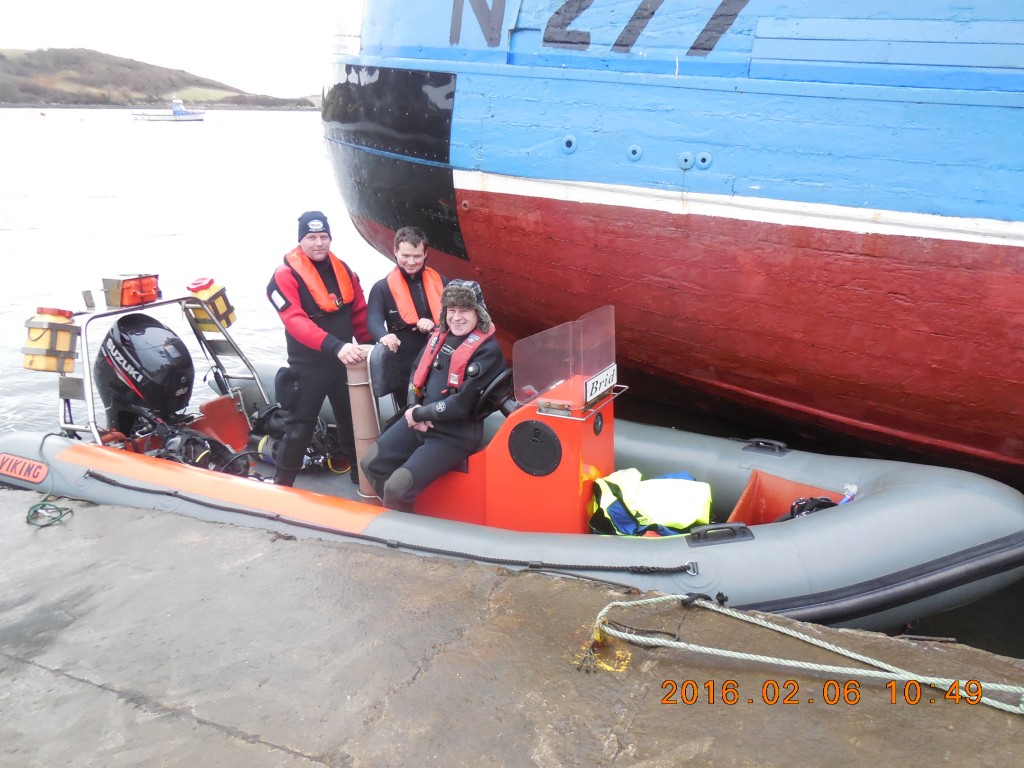 Saturday mornings dive was to Glinisk and was conducted in one stick thanks to Domnic Barr, who provided dry coxswain duties on the day. Once again the reef and seabed provided a perfect location for a dive, with a range of marine species to observe.

Maximum depth on site was 11 metres, while in-water visibility was around 5 metres horizontally. Water temperature remains low at 6 degrees Celsius, but nevertheless the dive party comfortably completed a 40 minute dive.

With regard to marine biodiversity Seasearch Ireland has issued a review of their activities for 2015 in which they report conducting three Observer courses last year in Cork, Sherries and Galway and delivered by their own tutors.

Later in 2015 Seasearch Ireland conducted two specialist workshops, with a Nudibranch workshop in Carna delivered by Bernard Picton, which was followed by a Seasquirt workshop in Waterford delivered by David Kipling and Sarah Bowen.

They conducted a Nudibranch hunt in Connemara during which a very rare observation of a Doris oceligera was reported, a species that would normally only be seen in warmer Atlantic waters 350 miles further south.

Seasearch Irelands reports for last year and also preceding years can be found on two websites, http://maps./biodiversityireland.ie and separately on www.seasearch.org.uk/achievements.htm , which will let the public see which sites have recorded data and what was found there.

Seasearch Ireland are planning a Observer course specifically for snorkelers in 2016, while Biodiversity Ireland are organising an Island BioBlitz  on the 11th and 12th June 2016. The islands that will be involved will be Bere Island, Cape Clear, Clare Island, Inishmor and our own Tory Island.

An Island BioBlitz is where experts and members of the public join forces to explore the rich diversity around our off-shore islands. Over 24 hours the five islands will compete against each other to see which island has the greatest diversity of wildlife and where most wildlife species can be found.

For further information about what is involved check the Biodiversity Ireland website biodiversityireland.ie .

All this data collection provides valuable information about what is currently going on in our marine environment, which very well may influence our decision making about how we live our lives. One example is how Ireland led the ban internationally on plastic shopping bags, which in past plagued our countryside and also created a dreadful risk to marine life.

Turtle’s in particular confused plastic bags with jellyfish, which when ingested blocked their intestines, and in Irish waters the Sunfish Mola Mola would also be at risk as they also predominately live of jellyfish. So the ban on carrier bags not only cleaned up the Irish countryside but also protects marine life from this dreadful scourge.

Currently a similar problem at sea is created by the mass release of balloons, which might seem like a great idea but in practice could be a death sentence for sensitive species, so second thoughts before such releases would be appreciated.

Finally a special word of congratulations from Sheephaven SAC to club member Domnic Barr who married his bride Triona Ferry in December and followed that with a honeymoon in the Maldives, which just seems to be as good as it gets.

Domnic took full advantage of the circumstances and got 5 dives while he was there and brought back some great photos, in particular of a Turtle, Lion Fish and a super shot of a Morey Eel. Everyone in Sheephaven wish the happy couple a long and happy marriage.