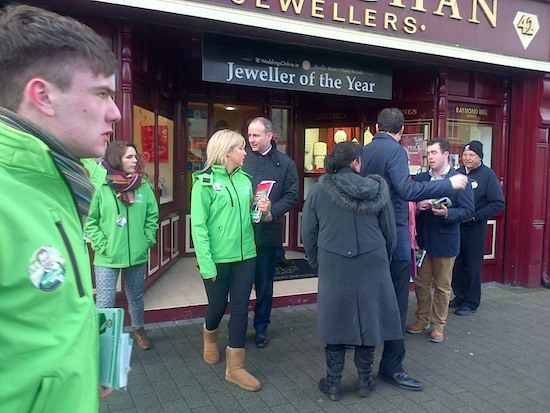 Fianna Fail leader Micheal Martin has warned supporters to ignore the polls and continue to canvass right up to election day.

He was speaking at The Lake of Shadows Hotel in Buncrana at the start of a day long tour of Donegal.

“We have to keep working hard and if we can do that we will return Charlie McConalogue and Pat the Cope Gallagher to the next Dail.”

He praised local TD McConalogue for his “outstanding work” as Education spokesman.

He said his policies would help LYIT and protect rural national schools.

Mr Martin was greeted warmly on the main street.