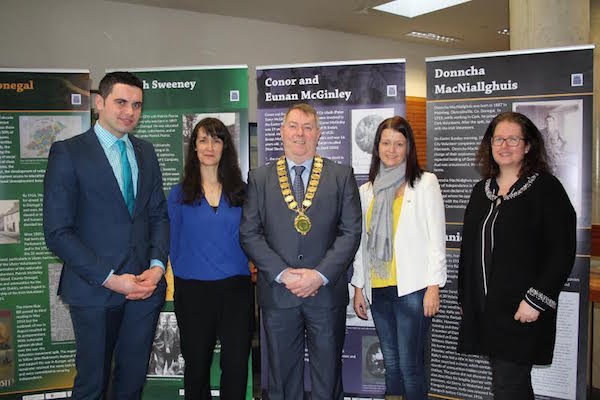 Donegal County Museum has developed a touring exhibition entitled on what happened here during the 1916 Rising.

It will act as a resource for community groups and venues throughout 2016.

It is currently on display in the Letterkenny Public Services Centre until 26 February. It then tours to the Sliabh Sneacht Centre, Inishowen for display during the month of March.

The exhibition is then available for loan out to community groups and community venues.

The exhibition forms part of the County Donegal 2016 Centenary Programme and was funded through the Department of Arts, Heritage and the Gaeltacht.