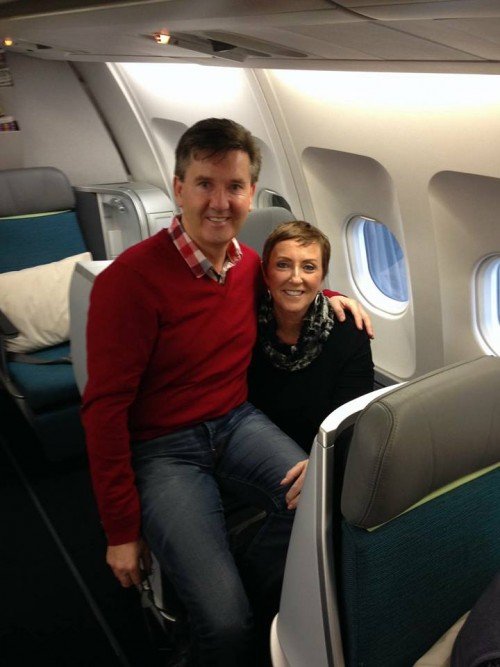 Daniel O’Donnell’s wife spoke out over how the investigation of sex abuse allegations had been allowed to drag on, without any sign of charges being brought against the 75-year-old star.

Majella said: “What is happening is inhuman and should not be allowed. Why has he not been cleared yet?

“He hasn’t been arrested or charged after almost two years. It is disgraceful! Shame on the British police.”

The story first hit headlines in August 2014 when the BBC broadcast live footage of South Yorkshire Police raiding Cliffs’ home in Berkshire, UK, as the singer holidayed in Portugal.

Majella and husband Daniel were later photographed in Albufeira with Cliff where he owns a vineyard.

The couple, who described Cliff as “first and foremost a friend,”, said his name should not have been released to the media by UK police.

Majella said: “They hadn’t even spoken to the man. He would be the very first person to say that any person that has had an allegation made against him should absolutely and most definitely be investigated.”

The singer’s family has also been speaking up for the first time about the way allegations are being investigated.