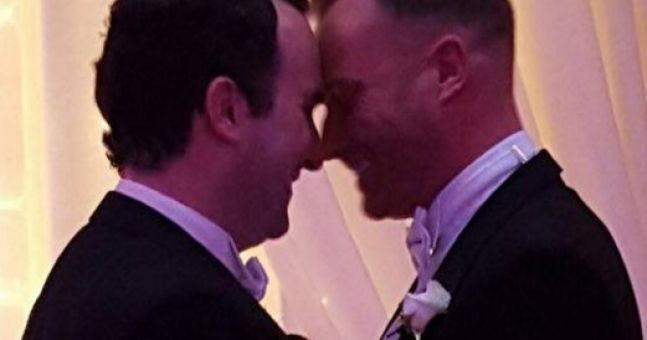 Declan is from Donegal and last Sunday he married Dave from Waterford at a lavish ceremony in Dublin.

The couple got married at Finnstown Castle, and were the first ever same-sex wedding at the popular venue.

However, they tried something a little different for their first dance, and it was hilarious!

The happy pair wowed the crowd – as they performed a well choreographed dance routine  to a number of cheesy pop classics!

The Hills of Donegal by The Goats Don’t Shave was played, and we wouldn’t class that as cheesy pop, so it was nice to see Declan put his stamp on things.

By the looks of it, it was some celebration!

To view the video simply click play on the video above.