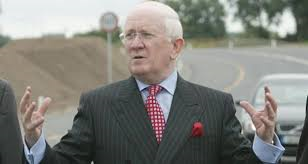 PEOPLE OF DONEGAL GO TO THE POLLS IN TWO CONSTITUENCIES

The people of Donegal go to the polls today in one of the most intriguing General Elections in living memory.

Unfortunately many of our citizens will be voting in a Sligo/Leitrim constituency they don’t want to be in, so the people of Ballyshannon, Ballintra and Bundoran will be feeling a bit sore this morning.

North of that however is a battleground which no-one is quite ready to call.

Sinn Féin is bidding to get THREE TDs returned to Dáil Éireann with Gary Doherty joining Padraig Mac Lochlainn and Pearse Doherty on the ticket.

Pundits reckon that’s a tough call, with other commentators believing the party has a good chance of returning two – and that Pat the Cope Gallagher and Charlie McConalogue will land two seats for Fianna Fáil. If all this happens, then it will be an almighty battle for the last seat between Joe McHugh, Thomas Pringle and just possibly Dessie Shiels, Frank McBrearty and Gary Doherty.

The fact is that no-one really knows – it’s YOU who will decide, the more than 116,000 entitled to vote in the county. 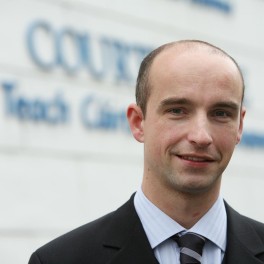 Dessie Shiels: Supporters say he could get a seat

As one the most low-key campaigns in recent history draws to a close there are fears of a low poll due to the failure of the campaign to connect with the electorate and the real issues that confront Donegal, regardless of who is returned power.

The political messages have been trumpeted: economic calculations have been ripped to shreds, party leaders have spoken, promises have been made and the final Leader’s Debate on RTE on Tuesday night was more boring than watching paint drying.

The five outgoing Deputies are Charlie Mc Conalogue, FF: Joe McHugh, FG: Pearse Doherty and Padraig MacLochlainn of SF and Thomas Pringle, Independent and they face a strong challenge to retain their seats. There is competition from a number of contenders, especially that of Pat the  Cope Gallagher and Dessie Shiels who is being seen as the dark horse in this race. 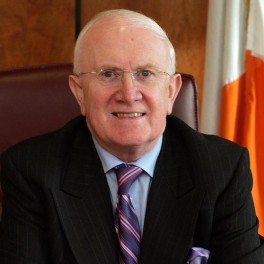 Gallagher is hoping to return to the Dail

The turnout may dictate the race for top of the poll with SF’s Pearse Doherty seen as the firm favourite followed by Charlie McConalogue for FF. Thereafter the focus will turn to the early eliminations of five candidates with their transfers going to be crucial for at least three of the contenders. Candidates will lose their deposits and the count at Aura Leisure Centre in Letterkenny will take many hours before a clear pattern emerges on the final destination of all five seats.

John McAteer, editor of the Tirconaill Tribune and a  pundit of note says: “The issues of hospital services, the economic recovery, the housing crisis and homelessness, water charges, the lack of jobs, poor farming prospects on small holdings, rural depopulation and the world’s worst broadband and rubbish mobile phone signals contrast rather strangely with Skype generation of first time would be voters based thousands of miles from home with no interest in returning any time soon. 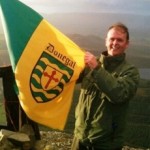 McHugh: Hopes to fly the flag for Donegal in Cabinet

“It is against this contradictory background that the FG urging to ‘Keep the recovery going’ has hit a stone wall as Enda Kenny and his TDs have been caught in the headlights of an irate electorate who had expected more over the past five years than more of the car-crash economics of the FF party who’d been in power for fourteen years.

“And as the nation went into an €85 million bailout and the loss of our economic sovereignty, the electorate unceremoniously dumped Fianna Fail out of office in 2011 as the party collapsed to its worst ever defeat.

“The new government stands accused of continuing the FF policy to screw the most vulnerable sectors of society and to cut social welfare to an extent that left many families in the most dire circumstances. The bondholders won the day outright and as this campaign comes to an end the people must now decide what is their best option for the coming five years. 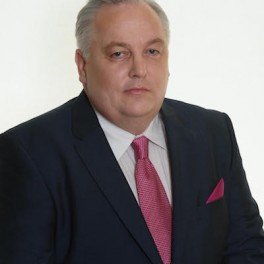 McBrearty believes he has a chance of a seat today

“And in Election 2016 a highly suspicious electorate will not make up its mind how to vote until the very last second and there is anecdotal evidence that the voters are caught in a bind between Twiddle Dee and Twiddle Dum with little or nothing to choose between the main party policy statements apart from promises and more promises to outbid each other in a battle of election politics.”

Across Donegal’s 248 polling stations from Malin to Laghey and from Malinmore to Fanad Head the people have a fifteen-hour window to cast their ballots. The stations are open on Friday between 7.00am and 10.00pm.

The count takes place from nine o’clock on Saturday morning in the Aura Leisure Centre in Letterkenny with the first declaration not expected until the evening. There is speculation already with the county as a single constituency, the count will not be completed until well into Sunday…..or even Monday. Don’t wait up.

In Sligo/Leitrim – including south Donegal and west Cavan, four seats are up for grabs. But not a single candidate is from Donegal.

Both Fine Gael and Fianna Fáil have chosen a three candidate strategy.

Sitting TD and former Junior Minister John Perry was added by the party before Christmas after he took Fine Gael to the High Court.

Sitting Senator Susan O’Keeffe has been selected to run for the Labour Party in the constituency and could well lose her deposit.

The Green Party is running Leslie O’Hora from Carrick-on-Shannon, Renua is running Finbarr Filan from Sligo and People Before Profit/Anti-Austerity Alliance are running Nigel Gallagher from Sligo.

Bernie O’Hara from Dromahair, Bernard Sweeney from Sligo, Leitrim Councillor Des Guckian, former Labour TD Declan Bree and Eamon Murray are also running as an independent candidates and Sligo Councillor Marie Casserly is running under the banner of the Independent Alliance – with the backing of Marian Harkin MEP.