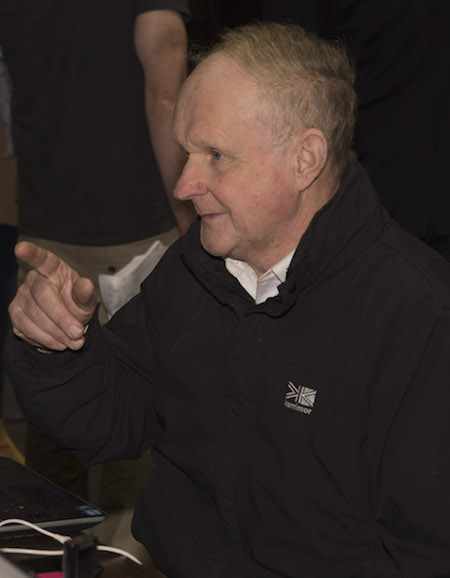 FORGET THE ELECTIONS – WE’RE IN FOR A LONG HOT SUMMER!

Ireland is currently being gripped by election fever, but Donegal’s most famous amateur weatherman has predicted we’re in for a long, hot summer!

Michael Gallagher, the former postman from Glenfin has predicted we’re in for a sweltering summer!

Gallagher dropped into the count centre at the AURA this afternoon – and also made a grim prediction regarding the next Government!

Gallagher told Donegal Daily, “I was involved in politics a long time ago, but I’ve always had a passion for it.

“But this election has been drab, and it has lacked spark, there’s just no life in it at all.

When pressed on who will be the next Government, Gallagher said it was too close to call, but predicted whatever coalition is in power won’t last.

“It’s hard to call, but the next Government won’t last, and it’ll collapse in a few months.”

Regarding the summer, the postman cheered up the assembled media by proclaiming we’re in for a long, hot summer.

Gallagher is a huge Finn Harps fan, and predicted the match ball he bought for the club will bring them luck in next week’s North-West derby.

“I bought a match ball for them, and they’re going to stick in the back of the net next weekend against Derry City.”

FORGET THE ELECTIONS – WE’RE IN FOR A LONG HOT SUMMER! was last modified: February 27th, 2016 by Stephen Maguire