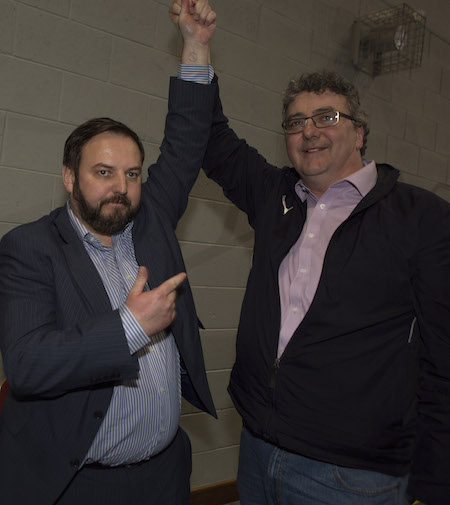 Pearse Doherty has admitted that Sinn Féin mismanaged the party vote in Donegal, and that they should have sought a full recount when Gary Doherty was eliminated.

Sinn Fein’s Padraig MacLochlainn was just pipped by Thomas Pringle for the last seat at the count at the Aura Centre in Letterkenny last Sunday night.

Many were surprised when the Sinn Fein party conceded defeat and did not look for a full recount.

However in the interview today with Radio na Gaeltachta, the TD also said that there would have been a bigger gap between Pringle and Mac Lochlainn had the party not followed the three candidate strategy.

“Had we not run 3 candidates in the county, the gap between Thomas Pringle and Pádraig Mac Lochlainn would have been even greater. Although that strategy gave Pádraig the best chance, we have to ask ourselves questions about what we should do for the next election, can we divide up the county better, to manage the vote better.”

Pearse Doherty TD said that internal party opinion polls had shown them that Pádraig Mac Lochlainn’s vote was low, and that he himself would be getting a lot of votes in Inis Eoghan and Letterkenny.

“We had known for a while… the opinion polls we had done ourselves told us that Pádraig Mac Lochlainn’s vote was low, but we didn’t realise that Fianna Fáil’s vote would be so high. So, two things happened there, Fianna Fáil’s vote grew and took votes from Pádraig. At the end of the day, with the amount of votes we got, we should have taken two seats.”

In the interview, he said that Fine Gael had big problems in Donegal, and that Dinny McGinley would not have managed to keep his seat had he been standing for election.

“It’s clear that Fine Gael’s vote went to Fianna Fáil. Dinny McGinley hasn’t lost his seat since he first took it, so maybe it was a good thing that he wasn’t standing, because there’s no doubt (that he would have lost it) … they (FG) didn’t have a second seat. They were lucky to get one.”

He said that Sinn Féin would be examining their performance in the election next week.