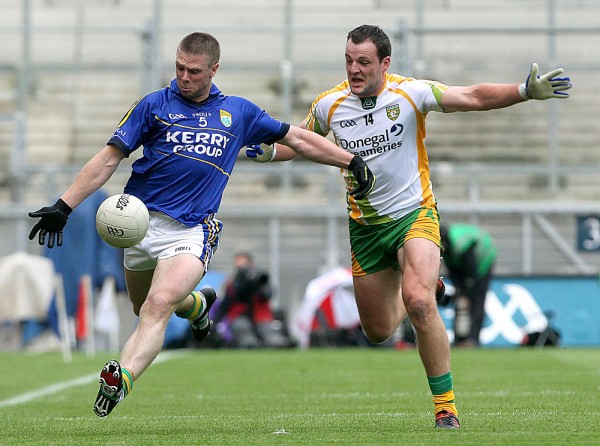 “NO ONE COULD HAVE DONE WHAT MICHAEL MURPHY JUST DID, AN ASTONISHING GOAL” – JOE BROLLY

To view Murphy’s spectacular goal simply click play on our video above.

Donegal fell to their first defeat in this year’s National Allianz League against Kerry in a tempestuous clash in Tralee.

Neil McGee was left with a blooded nose after a nasty clash with Alan Fitzgerald – while Leo McLoone was shown a straight red card for an incident off the ball.

However, yet another moment of magic from Michael Murphy has left GAA fans all over the country ‘drooling’.

RTE’s GAA pundit Joe Brolly said that no other player in Ireland could’ve done what Murphy did yesterday.

Brolly said, “No one could have done what Michael Murphy just did.

“NO ONE COULD HAVE DONE WHAT MICHAEL MURPHY JUST DID, AN ASTONISHING GOAL” – JOE BROLLY was last modified: March 7th, 2016 by Stephen Maguire
Facebook0Tweet0LinkedIn0Print0
Tags:
DDTVgoalJOE BROLLYKerryMichael MurphynewsSport