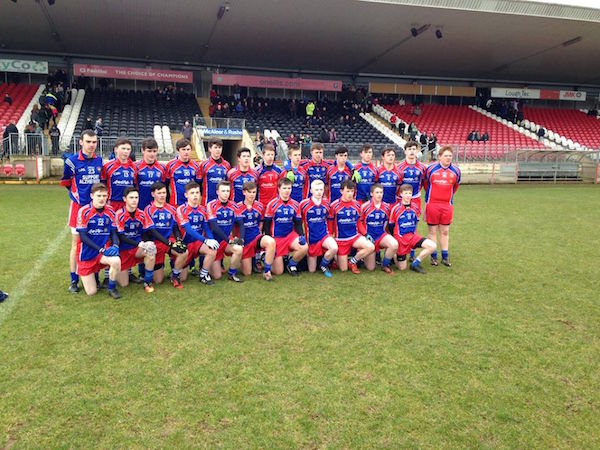 THERE are celebrations in the Glens – Coláiste Na Carraige U16 boys have landed their first ever U16 A title.

Congratulations to Coláiste na Carraige U16 Team, their trainers, staff and all involved in seeing these young lads triumph today over Breifne college Cavan in Omagh and will for the first time take home to the hills the Arthurs Cup.

A goal in each half from hero David Love helped the Donegal champions to victory.

They led 1-06 to 0-03 lead at half-time and with Aaron Doherty hitting six points, four from frees, they were never in trouble – even when the Cavan boys hit a late late consolation goal from a penalty.

THE HISTORY BOYS AS COLÁISTE NA CARRAIGE LAND FIRST EVER U16 ULSTER A TITLE was last modified: March 8th, 2016 by John2