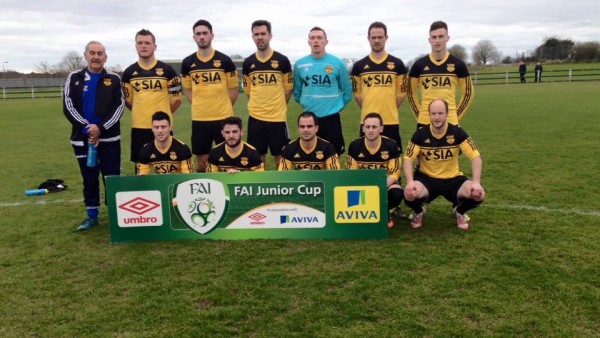 AVIVA DREAM OVER FOR GLENGAD AS PIKE ROVERS ADVANCE

FOOTBALL: Glengad United’s dream of reaching the FAI Junior Cup final at the Aviva Stadium has been ended this afternoon in Limerick.

Shane Byrne’s side have enjoyed a memorable run to the quarter-finals, but they got as tough a draw as possible when paired to face Pike Rovers in Limerick.

Unfortunately for Glengad, the Limerick side proved too strong and ran out comfortable 4-0 winners this afternoon.

Two goals in a three minute period effectively killed the game, and it was always going to be a tough task for Byrne’s side after the concession of two goals in the first-half.

Pike got the third goal and added a fourth late on to ease into the semi-finals of the FAI Junior Cup.