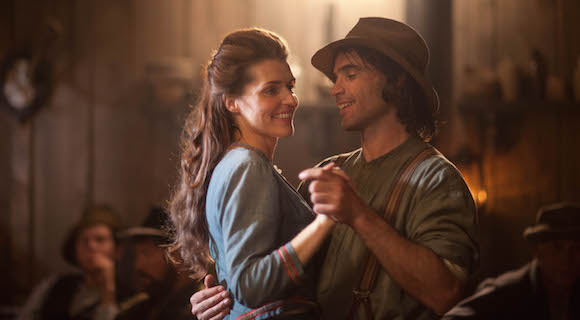 Siobhan O Kelly and Dara Devanney star in An Klondike.

A proud Donegal man is the talk of the Irish movie and television community after his project bagged nine nominations for the upcoming Irish Film and Television Awards.

The television drama aired on TG4 back in September and now has nine IFTA nominations for the upcoming awards on in the Mansion House on April 9th.

It is the most this year for any single project beating the like of Brooklyn, Room, Rebellion, Vikings, Game of Thrones, The Lobster.

Pierce and his team at Abú Media who produced it are delighted with the nominations.

Producer Pierce said “We are thrilled with the nominations, especially in a year that has seen Irish film and drama reach new heights. To be competing with Oscar nominated films and big budget TV drama from the UK and USA is a testament to how hard all the team of Cast and Crew on An Klondike worked during the entire production process.”

The nominations are for: 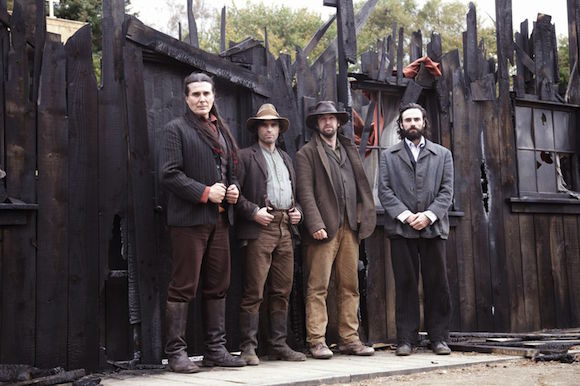 The series is being sold internationally on behalf of Abú Media by Content Media Corporation and has been taken up in USA, Netflix in UK and other deals are pending in Europe and Asia. The second season is about to start filming in late May and will broadcast on TG4 later this year.

Pierce continues “It was a huge undertaking to try something so ambitious on the limited budget we had but we did it! We built the frontier town out in Oughterard and it’s still standing for the shoot this year.

“The idea for the series was inspired by Micí Mac Gabhann’s “Rotha Mór an tSaoil” so it’s Donegal all the way. We are really looking forward to starting the new season of filming and this recognition is a massive boost to everyone involved in the process. We were also shortlisted last week for the Best Drama at the Celtic Media Festival which takes place in Ireland this year but we are again up against the best of Scotland, Wales and UK for this so there is no easy wins to be had.”

An Klondike is the first Western to be made in Ireland and tells the story of the Connolly Brothers; three Irish emigrants who travel from Montana to the Yukon during the Klondike gold rush of the 1890’s in the hope of striking it rich.

In 1897 gold was discovered in the wilds of Northern Alaska and immediately the stampede began. Over 100,000 adventurers, gamblers, con men and fortune-hunters struck out for the remote Klondike Valley gold fields. Amongst them were thousands of Irish emigrants like the Connolly brothers who undertook the dangerous journey to the heart of the Yukon in search of gold and adventure.

An Klondike follows the Connolly brothers from Montana to Dominion Creek, a town on which they will leave a permanent mark. Dominion Creek is a town built on greed in a land that God, if he exists there, has created in anger. The Connollys arrival in Dominion sets in motion a chain of events that leads to a deadly showdown with Jacob Hopkins, the man who runs the town.