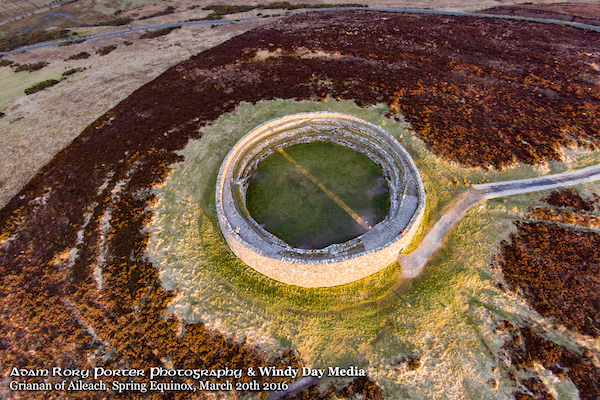 Adam’s stunning picture which captures the Spring Equinox at Burt this morning.

It is Donegal’s own Newgrange but we think even more spectacular.

And thanks to Buncrana man Adam Rory Porter, we can now see why Grianan of Aileach, Burt, is just so special.

Adam, well known for his amazing photography, has tried for many years to capture the Spring Equinox at the historic Inishowen site.

And this morning at 7am he finally succeeded.

And the results speak for themselves.

Adam’s stunning picture shows a shaft of life entering one side of the historic fort, before creating a perfect line to the other side.

As always a modest Adam played down his amazing picture but was undoubtedly overjoyed by his capture.

He said “After quite a few attempts over the last few years I was finally able
to capture the suns first rays, from the air, entering the ancient
monument on Grianan Hill.

“I was not the first and I’m sure I won’t be the last but the early
rise and the founded hopes for a break in the clouds ultimately made
the trip, as always, so worth while.”

Just another reason why those of us who are lucky to live in Donegal know what such a special place it really is. 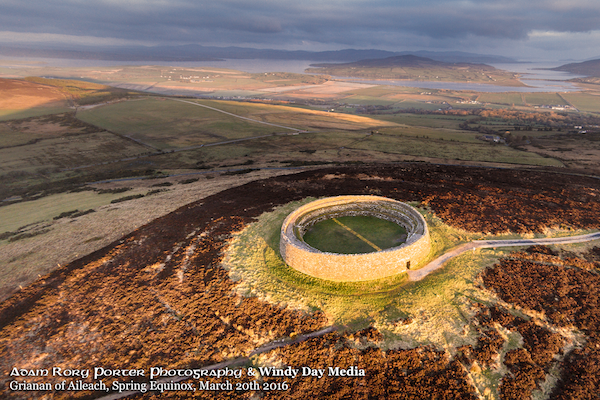 Another stunning view of An Grianan.