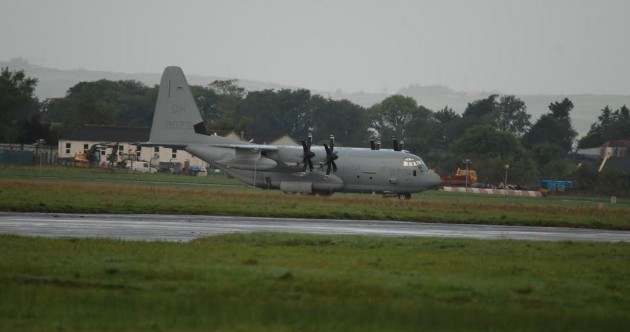 POLITICS: Independent county councillor Micheál Choilm Mac Giolla Easbuig is calling on the government to end it’s policy of allowing the use of Shannon Airport by the US military.

The Independent councillor believes that it’s high time that the government upheld the neutrality of the State and ban all military planes from landing in Shannon.

He believes that the unconditional support for US and NATO policy is contradicting the principles of the 1916 Proclamation which was an anti-imperialist revolt.

Mac Giolla Easbuig told Donegal Daily, “It’s a bit hypocritical to be celebrating the women and men of 1916 on one hand while supporting an imperialist war on the other.

“I firmly believe that the majority of people don’t want any war planes landing in Shannon and the the US no longer have the support of the Irish people for their unjust wars .#

“After the Iraq and Afghanistan wars in which millions of civilians were killed and maimed in the Middle East region, the people no longer believe that western forces are at war for the interests of the people and no longer want the Irish people to be complicit in their war efforts.”