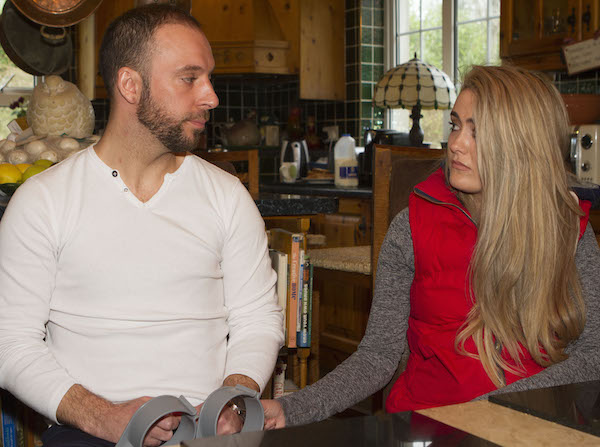 Heroic Davitt Walsh has said he has had an emotional meeting with the mother of the baby he so bravely rescued from the freezing waters of Lough Swilly on Sunday.

Davitt’s girlfriend Stephanie Knox says she was with him when the two met with the Daniels and McGrotty families.

“My biggest admiration goes out to Louise, the Daniels family and the McGrotty family,” said Stephanie.

“They are amazing, strong people. Meeting them today helped me and Davitt so much and my thoughts and prayers are with the family.”

A vigil for the family was held and the choir sang a number of songs.

Davitt and Stephanie then met in private with Louise.

Louise had tried to contact the Kerrykeel man on Monday but Davitt was so traumatised that he asked for some time.

Davitt also met with Louise’s baby, the infant he rescued, after he was taken to Letterkenny University Hospital on Sunday night last.

Nurses asked if he would like to meet the little girl whose life he saved and he agreed.

“It was such a special moment. I was so nervous but I will never forget it,” said Davitt.