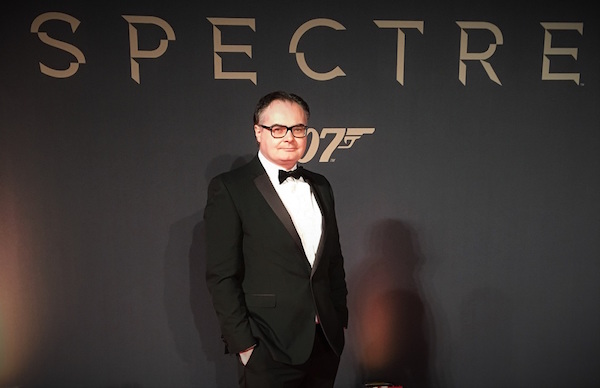 Well known Derry business man and Buncrana native Troy Armour has been managing Seo Linn’s continual rise to success in recent years and is hoping to help the band secure its first number one hit with ‘Musicmakers’ which has been penned especially to mark the centenary.

‘Musicmakers’ is described by the Buncrana man as “a bi-lingual pop/trad stomper of a tune that was dreamed up to commemorate and celebrate the 1916 centenary”.

Seo Linn will perform the song as part of RTÉ’s special ‘Centenary’ feature – which will be broadcast live on RTE One at 9.30pm on Easter Monday and will also be available on RTÉ Player International.

He said: “When RTÉ approached us last November to write the theme tune for the centenary celebrations it was a huge kudos for the band. RTÉ explained that they saw Seo Linn as the modern embodiment of Irish language and culture with their upbeat rhythms and lyrics as Gaeilge.

“The song ‘Musicmaker’ is about Ireland with her new flag on her shoulder and how in 1916 we started a fire in this nation. It’s about how that fire has spread throughout the world through Irish dance and song. It’s about how the Irish became the music makers of the world.

Mr Armour added: “Hopes are high that not only will the song prove to be Seo Linn’s first Irish number one but also be Ireland’s first ever bi-lingual number one hit single.”
Musicmakers’ fuses Irish culture of past and present and was mixed by the acclaimed Grammy nominated producer, Veronica Ferraro (David Guetta, Destinys Child).

Produced and co-written by Greg French, the song was inspired by the 19th Century Irish poet Arthur O’Shaughnessy’s famous ‘Ode’ which opens with the lines: ‘We are the music makers/And we are the dreamers of dreams”.

Fuelled by their common love of music they began translating the big hits of the day into Irish and recording cover versions as Gaeilge.

The collective Coláiste Lurgan videos have so far amassed more than 20 million online views and the Seo Linn phenomenon continues to gather pace worldwide under the guidance of the Donegal manager.

The band also hosts a weekly TV show ‘Cleas Act’ on TG4 which airs on Sunday evenings with the current series due to run for another nine weeks.

* ‘Centenary’ will be broadcast live from the Bord Gáis Energy Theatre on RTÉ One on Easter Monday at 9.30pm. It aims to tell the story of modern Ireland through music, dance and song.