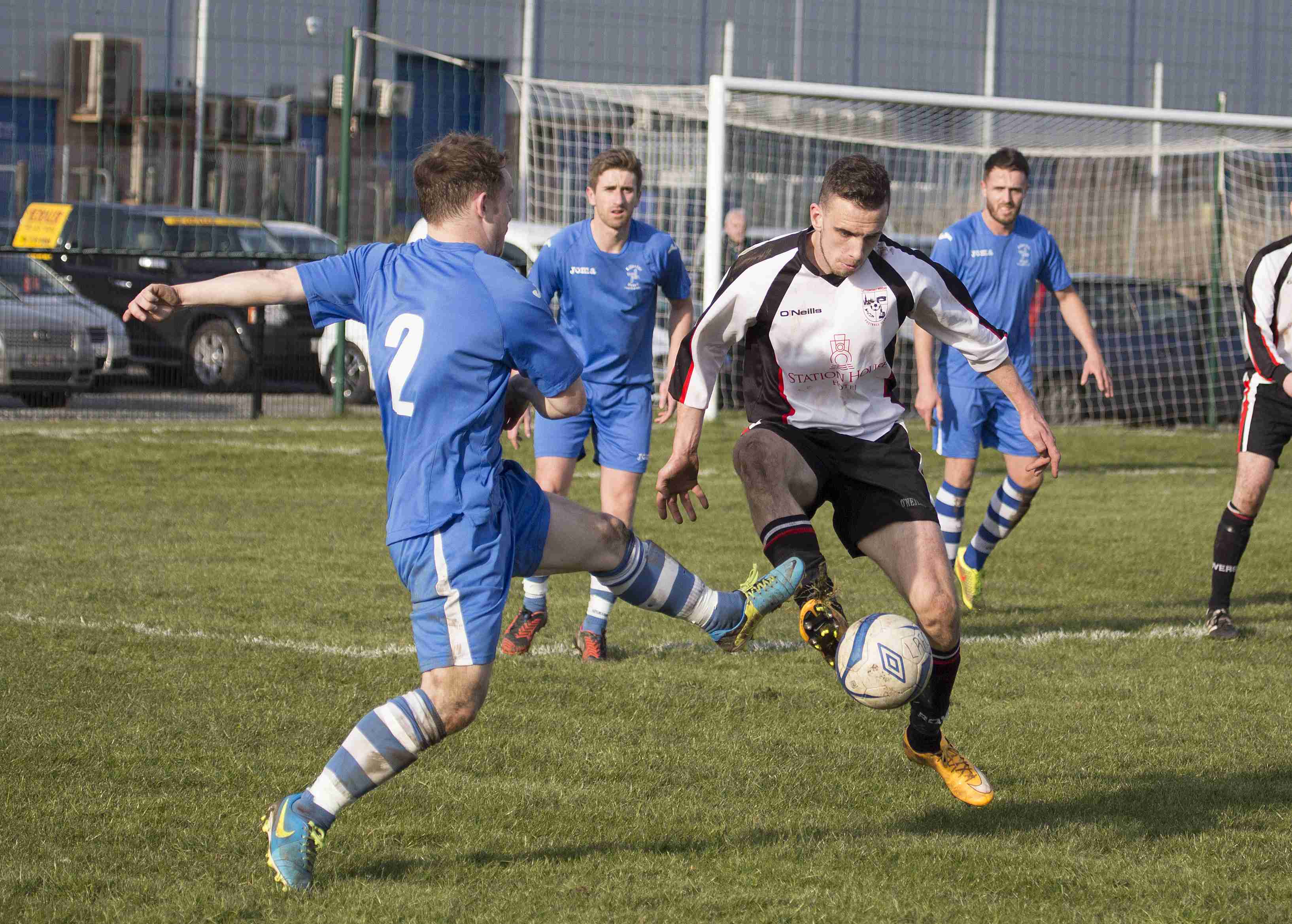 PAUL MCVEIGH – WE’VE A MASSIVE MONTH COMING UP, BUT WE’RE JUST FOCUSING ON ONE GAME AT A TIME”

Paul McVeigh in action for Letterkenny Rovers against Killester. Pic by North-West Newspix.

Letterkenny Rovers have some massive games down for the decision in the next few weeks, but star man Paul McVeigh insists that the group are just focusing on one game at a time.

Then next week, Eamon McConigley’s side travel to Cork for the FAI Intermediate Cup semi-final against Ringmahon Rangers.

Then the following week, they face fellow FAI Intermediate Cup semi-finalists Portmarnock AFC in the first-round of the FAI Senior cup.

However, the affable Portsalon man admitted that while he’s relishing the challenge in the next few weeks, he said the management and players are focusing solely on this Sunday.

McVeigh told Donegal Daily, “Bonagee are a very good side, they play good football and have some excellent players.

“I play with Anthony Appiah on the LYIT side, so I know just how good a player he is, and how much of a threat he’ll be on Sunday.

“But as a team, they’re well organised and we know how difficult it’s going to be for us.

“We obviously got a massive cup semi-final in the FAI Intermediate Cup on the horizon, but we focus our attentions on that next week, for now we’re just thinking about Bonagee on Sunday.

The former Finn Harps and Institute striker has been a revelation all season for Rovers, but he has been deployed as a left-winger this season and so far it has worked to great effect.

McVeigh has scored twelve goals in all competitions, and has been a constant threat to defences not only in the USL, but also in the FAI Intermediate Cup.

“It took me a while to get adjusted to it, I always preferred playing through the middle, but Eamon wanted me to play left-wing, and it was there he felt he could get the best out of me.

“I love playing out there now and I’ve really enjoyed it all season and I’m scoring and creating goals, so Eamon has been proved right, despite my initial trepidation.

McVeigh has admitted the Rovers camp is buzzing and that everybody in the squad is relishing the prospect of vital games every week.

He also said the competition for places is fierce and that has ensured that the tempo in training is always high.

“Everybody around the club is buzzing, we’re in four competitions and that’s a great place to be at this stage in the season.

“We’ve got two cup semi-finals now on the trot, and then we play in the FAI Senior Cup which is just huge for the club.

“Then we’ve got the USL run-in too, and we play Cockhill twice so they’re going to massive, massive games.

“But look as I said we can’t look too far ahead, all we can do is focus the heads for Bonagee this week, and hopefully book a place in the final.

“Then focus on Ringmahon and meet that challenge head on, and then the same applies for Portmarnock.

“Look it’s a great place to be at the minute, competition for places is fierce and you see that with the quality we’re taking off the bench.

“If you’re not doing the business, you could find yourself out of the team very quickly.

PAUL MCVEIGH – WE’VE A MASSIVE MONTH COMING UP, BUT WE’RE JUST FOCUSING ON ONE GAME AT A TIME” was last modified: March 25th, 2016 by Stephen Maguire

All Donegal routes to be gritted tonight