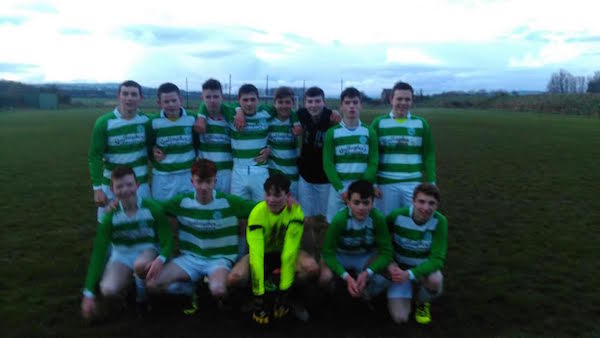 Lifford Celtic U16 boys have won the East Donegal League

SOCCER: Lifford Celtic U16 boys have been crowned Champions tonight.

The Border town club won the East Donegal league tonight with an emphatic 6-1 win over a strong Ballybofey side.

Cappry Rovers and Lagan Harps could only draw.

So that result meant the Lifford Hoops were very hoopy indeed!

Lifford manager Dermott Foy said tonight: “The lads were outstanding all season. They put in all the hard work and thoroughly deserved the Championship.