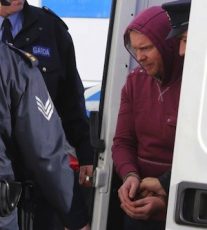 An inquest into the deaths of an elderly Inishowen couple cannot go ahead until a High Court case is heard in Dublin.

Carndonagh Coroner’s Court has heard that the inquests of Jimmy and Kathleen Cuddihy cannot proceed until a trial takes place.

The couple, both aged in their seventies, died after being violently attacked in their Churchtown, Carn home on Wednesday, October 22, 2014.

Two days later, their son Julian Cuddihy (44) was charged with the murder at a special sitting of Ballyshannon District Court.

Garda Superintendent Eugene McGovern said the inquest, when it happens, will “definitely take more than a day.”

Coroner, retired doctor John Madden, said he would “like to get it completed in July if possible”.

However Supt McGovern said he “cannot see that happening.”

“I would say it definitely will not be ready by July.”
Dr. Madden asked if the Cuddihy inquest could go ahead in July if Julian were to plead guilty in June.

“Even if there is a guilty plea or a plea of insanity, that will require a lot of evidence and medical reports. It’s highly unlikely to be ready.”

“We’ll be in a position by then to know the attitude of the defence. We will know what will have happened on June 7,” Supt McGovern told the Carn sitting of the Coroner’s Court.

Members of the Cuddihy family did not attend Friday’s short Coroner’s Court hearing but solicitor Ray Lannon maintained a watching brief on their behalf.

At the joint-funeral of Kathleen and Jimmy Cuddihy in October 2014, the couple’s daughter Maureen made a public appeal urging local families to seek immediate help for anyone they suspected to be suffering from mental health problems.