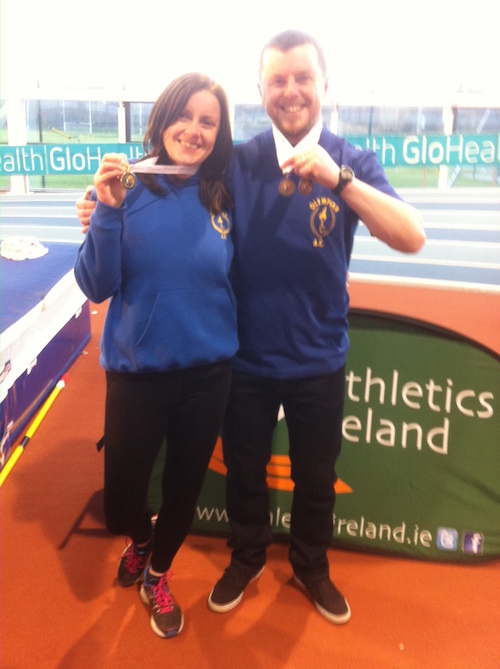 MARTIN BRINGS IT HOME FOR THE ‘AUL BOYS’!

Karen and Martin celebrate with their medals.

It’s a few years since he was called Master O’Donnell.

But class is a thing that never grows old!

Martin O’Donnell, an adopted Donegal man who now resides in Glenswilly, is renowned for his agility on the track and his time spent with the Olympian Club in his native Derry.

The Donegal County Council engineer recently competed in the Masters All Ireland Championships.

He finished up with 2 bronze medals in M40 category with a third place finish in the 60m with a personal best time 7.77secs and another third place in the 200m in 25.59secs.

Martin’s younger sister Karen, who coaches with the Olympian club and helped out with Glenswilly Community Games and Glenswilly Summer Camp, was first in 400m W35 category and collected a gold medal.

Congrats to both and no doubt the athletics scene in Glenswilly and the neighbouring parish is in safe hands for many years to come.

MARTIN BRINGS IT HOME FOR THE ‘AUL BOYS’! was last modified: April 5th, 2016 by Stephen