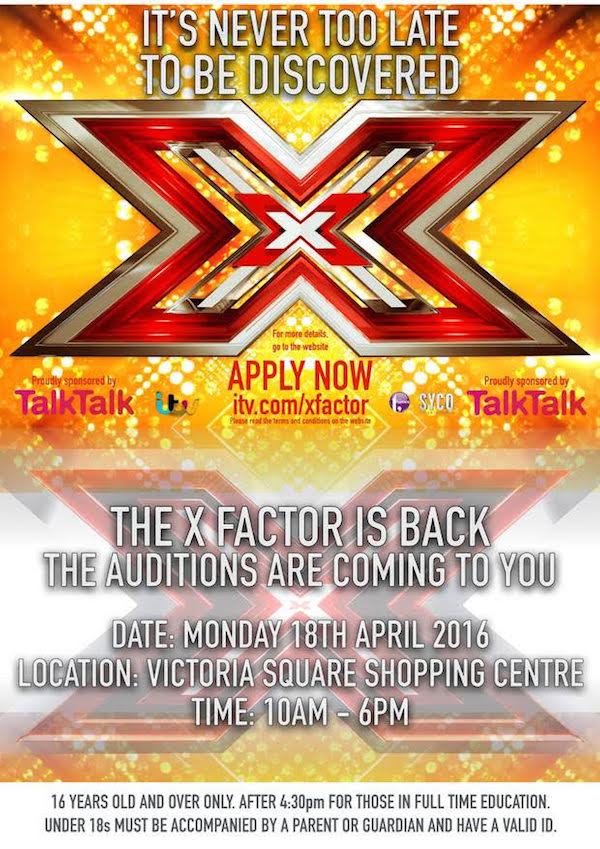 Do you have the X factor?

Fancy yourself as the next Leona Lewis, Olly Murs, Little Mix or One Direction? Then you’ll want to get your applications in for this year’s X Factor.

The application process is now open online as well as the open tour auditions.

The X Factor Team will be at Dublin’s 3Arena on Sunday 24 April and at Belfast’s Victoria Square on April 18th.

This year there are three easy ways to apply:

Heading to the Mobile Audition Tour which will be visiting smaller towns and cities across the UK.

There is no need to register for the Mobile Audition dates.

For anyone who isn’t able to make it to any of the auditions, you can also send in your own video audition via the website https://application.xfactor.tv/ .

On the larger scale Open Audition Tour everyone who turns up will be guaranteed an audition.

All any budding hopefuls need to do is turn up on the date and time specified. If they impress The X Factor team with their vocals, they will then be in with a chance of auditioning in front of The X Factor judges, when the judges’ auditions take place in summer.

The open auditions come as Dermot O’Leary has announced his return as host and it has also been confirmed that the room auditions will return for this year’s series.