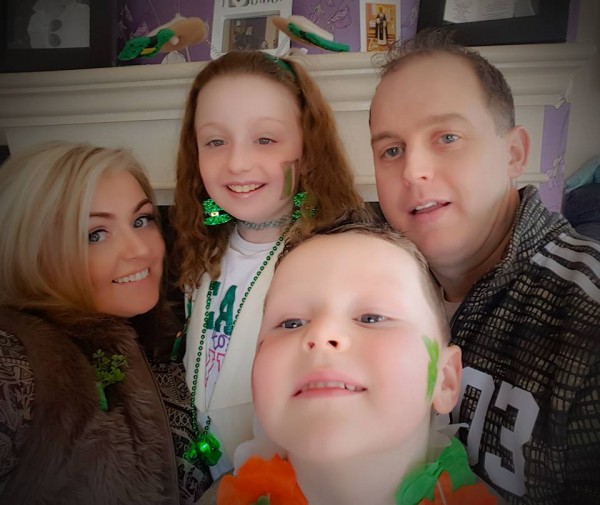 DDTV: FATHER SINGS BEAUTIFUL SONG FOR HIS SON ON HIS 5TH BIRTHDAY

Kenny and his wife Martina, with their kids Amy (8) and Kenny Jnr (5)

DDTV: A father has penned a beautiful song to celebrate his son’s fifth birthday.

Kenny Gillespie, 36, a talented musician from Carrickfinn, decided to pen the song for his beloved children Kenny and Amy.

It was little Kenny’s fifth birthday and his dad decided to reiterate to his family through song how much he loves them.

He gathered Amy and Kenny Jnr around the fireplace and sand ‘Remember’.

Kenny uploaded the video on to his Facebook page, and has been overwhelmed by the positive response the song has received.

To listen to the fantastic song, simply click play on the video above.