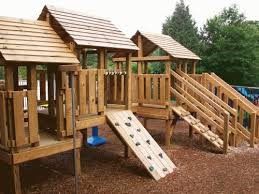 PRISONERS in our jails are spending more time outdoors than children, a conference has been told.

Claire Warden the keynote speaker at the Early Childhood Ireland conference staged a ‘prison break’ for more outdoor play along with children from Beverton Preschool in Donabate, citing the fact that young children today get less time outdoors than prisoners!

According to Ms Warden (who was their friendly “warden” for the day) outdoor play pushes boundaries, teaching and allowing children to assess and take risks and learn in a natural play outdoor setting, rather than an indoor sterile environment.

Meanwhile, Dr. Carmel Brennan, Early Childhood Ireland (‘Doctor Play’) spoke about inspiring practice in preschools and crèches in Ireland and how children learn through play. She said that, “Stories children tell us about how they see the world and how they intend to manage it. Some are love stories or adventure stories and others are stories of scientific discovery, wild imagination or deep thinking philosophy. We can share these stories because great educators took the time to listen to children and record them.”

Early Childhood Ireland used the conference platform to release the results of a survey of its members on their plans for expansion, on foot of the second free preschool year and the introduction of rolling enrolment, as announced in the last budget.

Donegal woman Teresa Heeney, CEO of Early Childhood Ireland, warned that “too many families will be unable to secure that second free preschool year in their local service, or if they can find a place, it won’t be in their service of choice or at the time they prefer. Parents are blaming us and not pleased at all that they can’t secure the place they want locally for their child. Meanwhile, time is running out and we believe that this capacity gap will become very apparent by January and April 2017.”

Ms Heeney also criticised the government for not restoring the cut in ECCE capitation in the last budget and called for the enhancement of capitation to a “genuinely sustainable level.” She said, “Capitation levels directly impact on the low salary levels in this sector, with the average rate of pay at €10.27 per hour. So today while we are talking about how play is fundamental for a child’s development, pay is fundamental for childcare professionals. Without decent salaries we will have no sector.”

On the subject of inspections in preschools, the acting Minister for Children James Reilly described as ‘incongruous’ the current inspection system in preschools and crèches in Ireland today, whereby an inspector from the DES (Department of Education & Skills) compliments an outdoor play area and sees its educational value, while an inspector TUSLA fails that same outdoor area during an inspection visit.

Ms Heeney acknowledged the new education led inspections, designed in consultation with the sector that started this week, but she called for “a real commitment from the various agencies involved to develop a cohesive, unified inspection system for this sector.”