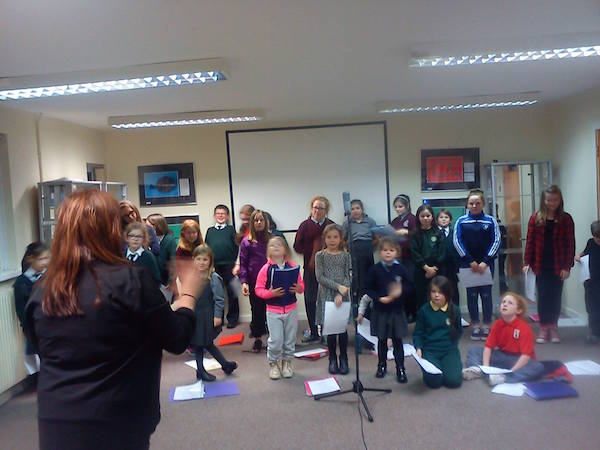 A group of young singers from across Inishowen, the Wee Glee Singers, have gone nationwide with their 1916 commemoration song.

The song ‘The Ballad of 1916’ that was released recently by children from Buncrana. Written by me (Bernie Doherty), and recorded by Valley Music Studio in Ballybofey.

The recording was funded by the Donegal 1916 project and we’re delighted to announce that it has been distributed to schools nationwide through the Dept of Educations online resource site Scoilnet.ie. It was also emailed to all primary school teachers last week through them.

The Wee Glee Singers are a community singing group of 25 boys and girls from all over Inishowen, and part of The Music Box in Buncrana.

They are all aged 6 – 13 and they work hard every week learning new, old and original songs and perfecting harmonies and solos. They are a fun, happy and hardworking bunch – great children who love what they do!