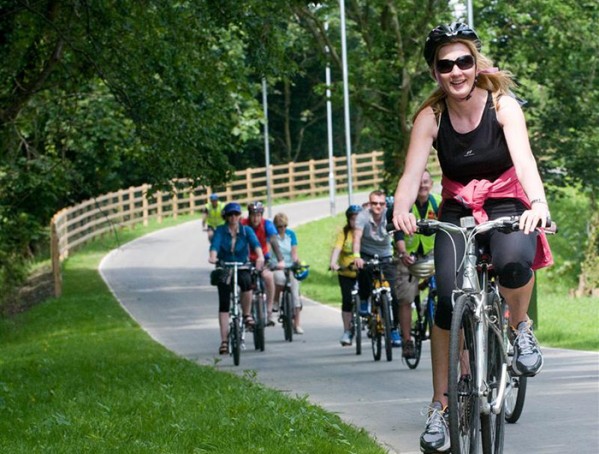 PUBLIC ASKED FOR VIEWS ON DONEGAL TO DERRY GREENWAY NETWORK

The North West Greenway Plan has been developed by the sustainable transport charity Sustrans, and commissioned by the North West Regional Cross-Border Group. The Plan identifies a series of recommended greenway routes and a new map has been drawn up as a result of research and initial consultations with a view to opening up new ways of connecting the region.

The plan has now been formally adopted by Derry City and Strabane District Council and is being considered by Donegal County Council for inclusion into future delivery strategies.

The information from the study will now inform future route provision as well as assist in the preparation of business cases for future funding.

To date over 1,000km of cycling/walking provision has been delivered across both Council areas.

The vast majority, 940km, of routes are on road with 80km traffic free, 30km of which are classified as high quality greenways.

The North West Greenway Plan seeks to extend this traffic free provision and the study will also serve as a good tool for other stakeholders interested in developing greenways.

To view the Plan online and share your thoughts and views please go to  www.derrystrabane.com/greenway