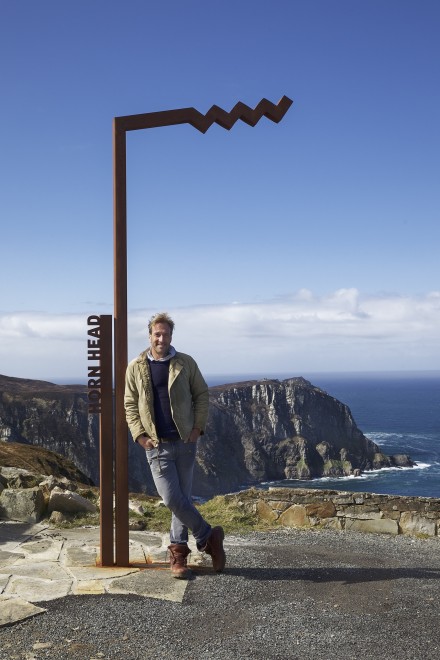 BEN FOGLE GETS ‘CASTAWAY’ IN DONEGAL WITH OUR SPECIAL LAND ROVER 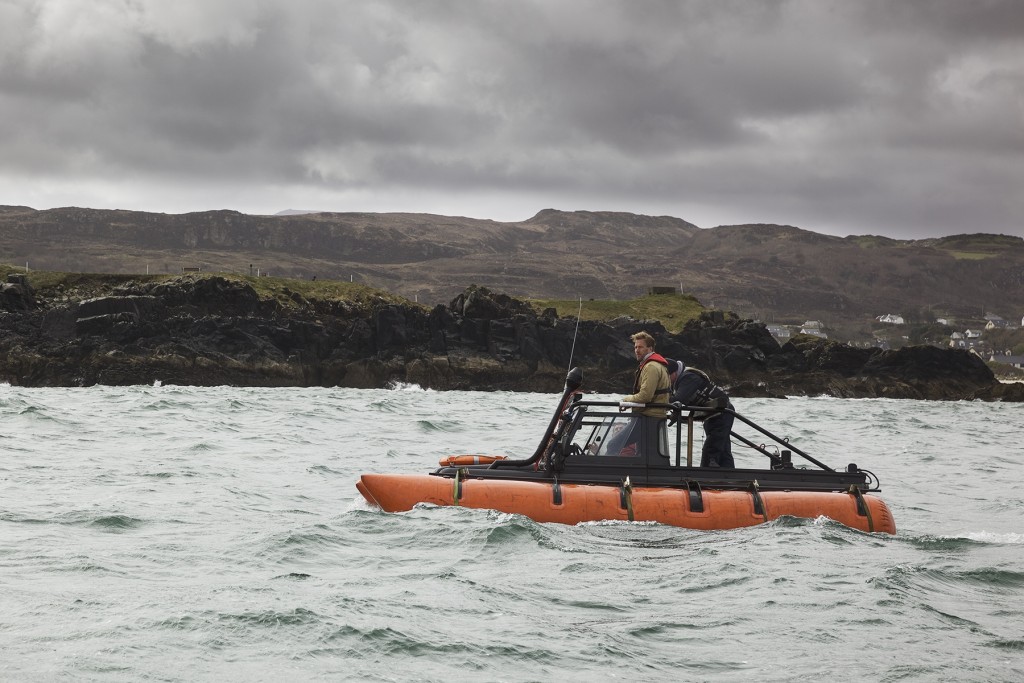 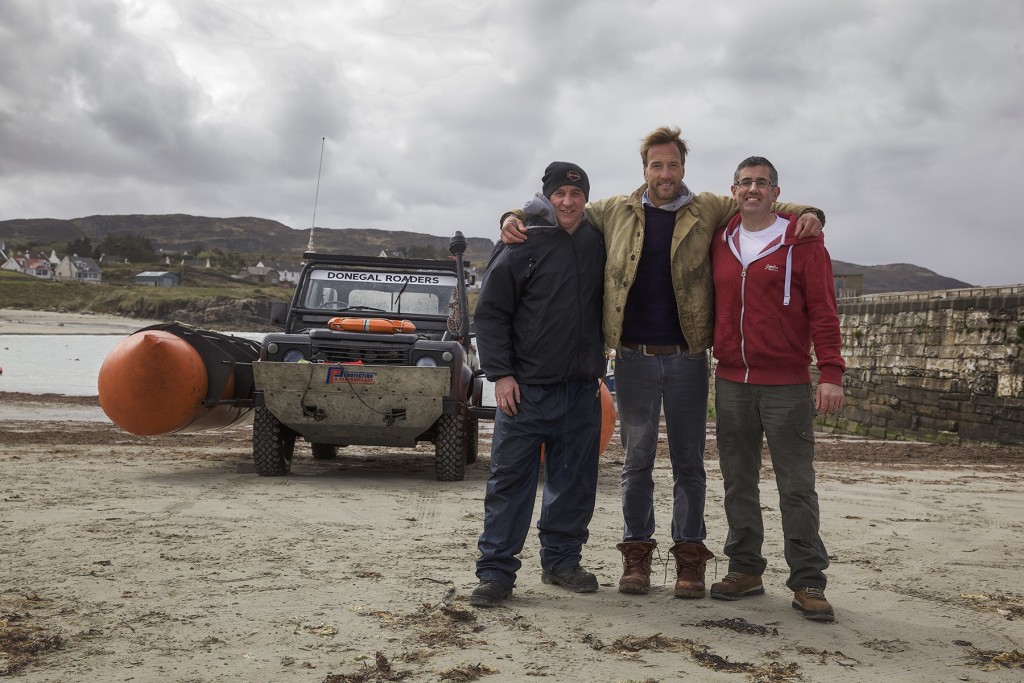 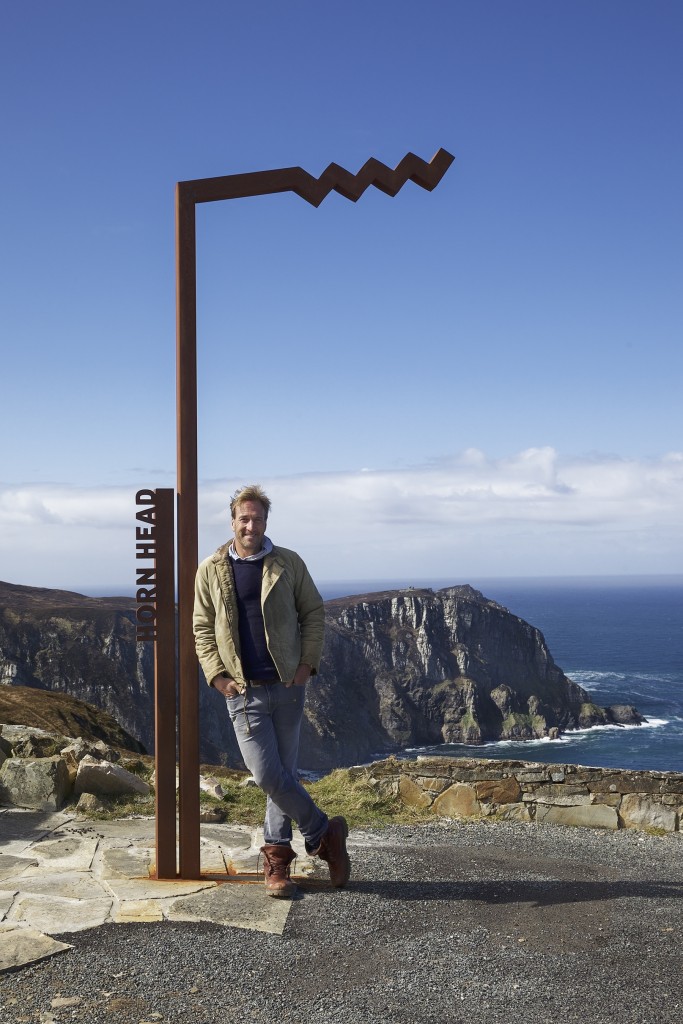 FEATURES: Internationally renowned adventurer Ben Fogle has admitted to being blown away by the stunning scenery in Donegal.

Fogle travelled to Donegal to meet the Donegal Roaders, as he wanted to sail in the famous Land Rover that crossed The Irish Sea.

Fogle came to prominence when he starred in reality TV show Castaway 2000, and has since in series of adventure and wildlife programmes, and next week launches his new TV programme – ‘The Great African Migration’ on Friday night.

He made contact with Donegal Roaders, Denis Ferry, Leslie O Donnell and Paul Doherty, and made the journey to Donegal last weekend.

Fogel crossed the Atlantic on a rowing boat and completed the marathon de sables (5 marathons in 5 days in the Sahara desert).

When Ben heard of the sea crossing the Donegal lads have completed he got in touch and decided to make his first to visit to Donegal.

Paul Doherty told Donegal Daily, “We picked him up at Belfast airport and took him Dunfanaghy where we launched the amphibious Land Rover and sailed around Horn Head.

“Ben was blown away by the scenery and said he will definitely be back for a longer stay next time.”

Fogel is currently writing a book about Land Rovers – and will write about many of the unique Land Rovers throughout the world.

Paul added, “Sailing the choppy seas, along the Wild Atlantic Way – with Denis, Les and myself will have given him plenty of material to write about.

“We also gave him the opportunity to take some stunning photographs showing Donegal in all it’s glory.”