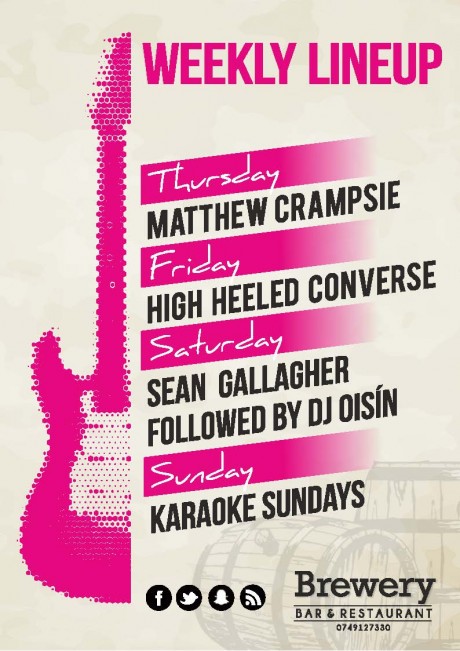 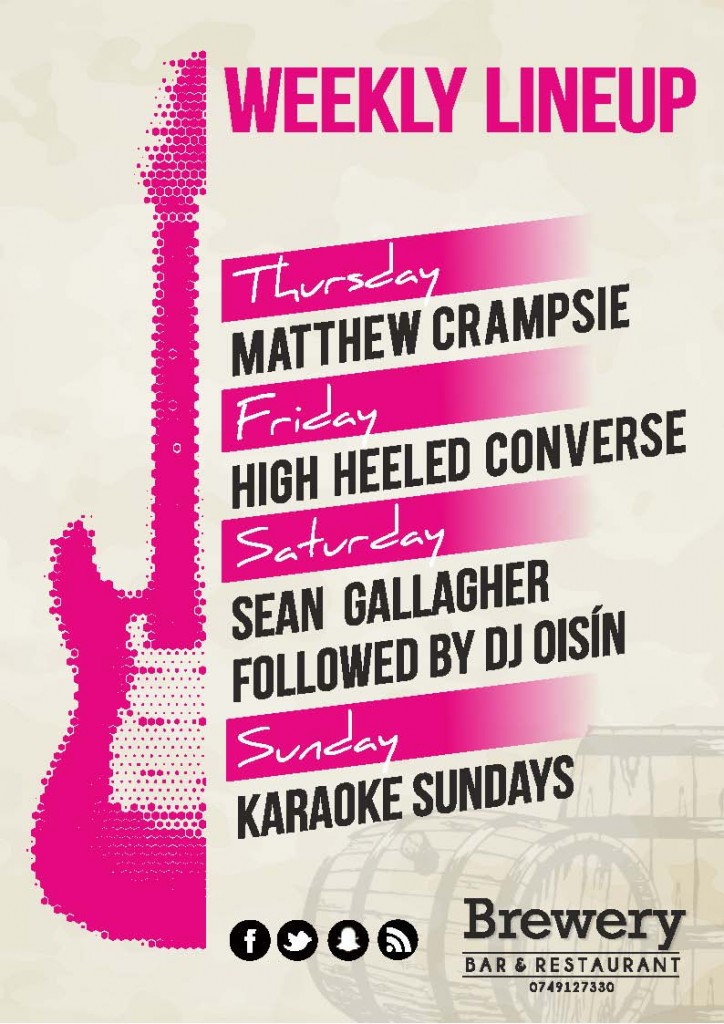 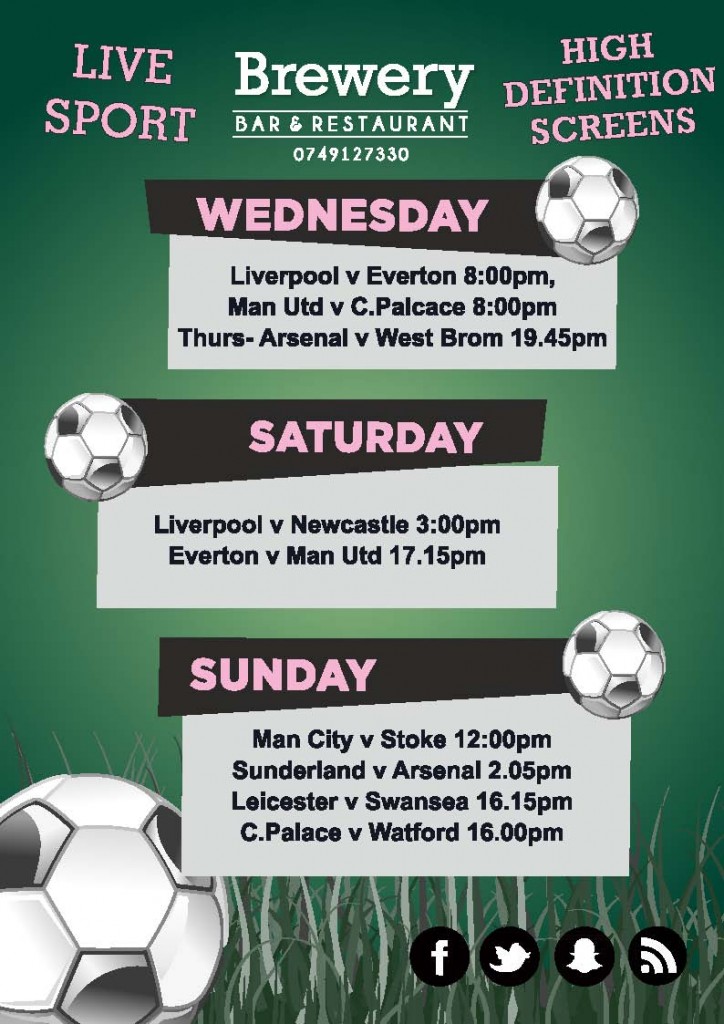 ENTERTAINMENT: It’s almost the weekend again, and here at The Brewery we’re planning for another superb and lively weekend of fun!

It all starts tonight, with the fantastic Matthew Crampsie performing LIVE from 10pm.

Then on Friday, the unbelievable High Heeled Converse are back to really kick-start the weekend for you!

On Saturday, Sean Gallagher will be LIVE – before resident DJ Oisin Cannon gets the place rocking until the wee early hours with all your favourite tunes!

Last week, we had the Letterkenny Rovers FC squad who were celebrating their famous victory which ensured their place in the FAI Intermediate Cup Final at the Aviva.

Many of the players dawned the stage, and while many of the squad impressed, there was a few guilty of butchering a few classic songs!

Who will steal the limelight this Sunday?

As always, ALL COCKTAILS are just €5 throughout the entire weekend, while we also serve food every night until 10pm.

All the LIVE Premiership football will be screened throughout the weekend, so as always The Brewery have you covered this weekend!