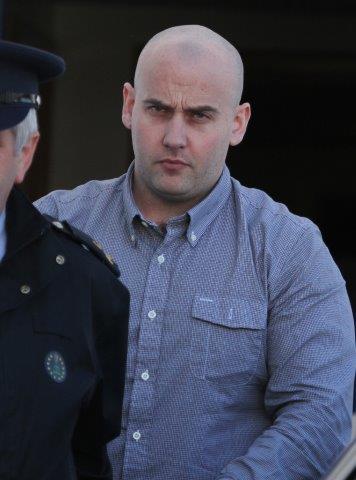 A former Irish soldier planted a bomb under the jeep of a family while they slept upstairs in their home nearby.

Mark Cassidy, then a private in the Irish defence Forces based at Finner Camp in Co Donegal, pleaded guilty to placing an explosive device at the house in Letterkenny on November 22nd, 2013.

Detective Garda Michael Galvin told the court that the Coyle family of Manor View, Letterkenny were sleeping at 3am when Cassidy planted a bomb under their Mitsubishi Jeep.

They were awoken by the blast which Mr Alan Coyle thought initially was someone shooting at his home.

However, when he went outside he found his jeep had been badly damaged and windows in his home was smashed.

The window of a neighbour’s house had been smashed and there was pieces of metal stuck in a garage door 30 yards away.

Detective Galvin said that Cassidy was in custody after explosive materials was found at his apartment in Burnfoot on February 16th, 2014.

Gardai came across a distinctive two door silver Mercedes car at the apartment of Cassidy during the investigation.

While investigating CCTV footage of the attack on the Coyle home three months before he was arrested, Gardai came across pictures of the Mercedes arriving at the Manor View estate and then leaving at speed just before the explosion.

When questioned by Gardai, Cassidy admitted his part in the crime.

However, he claimed that he was taken at force by a masked man and ordered to drive to the Coyle family before a device was planted beneath Mr Coyle’s jeep.

Detective Galvin revealed they were investigating the possibility that a second person was with Cassidy on the night but could not comment on this as this was still a live investigation.

All three members of the Coyle family gave victim impact statements as to how the horrific attack has impacted on their lives.

Alan Coyle said his life had been destroyed since the attack and that he had suffered a nervous breakdown and tried to take his own life.

His wife Geraldine, who revealed she did not leave her home for months after the attack, said her family had not been covered by insurance as it was considered an act of terrorism.

She added “Mr Cassidy needs to be held accountable for his actions.”

The couple’s teenage daughter Catherine said the attack was the worst night of her life.

“I felt completely unsafe in my home and I was worried would it happen again and that he would kill all of us,” she said.

Barrister for the accused, Mr Peter Nolan, said his client had served overseas in Chad and had suffered from post traumatic stress even though he had never come under hostile enemy fire.

He said he also wanted to say that his client took the anti-malaria medication Lariam and this was an issue which he wanted to raise.

Cassidy is currently serving three years after being found guilty of possessing explosive substances at Burnfoot and is due for release on May 18th next.

Judge John O’Hagan said this was one of the most serious cases he had come across in recent years made with an even more serious complexion by the fact that it involved a serving member of the Defence Forces.

He addressed the Coyle family and told them he was considering a serious term of imprisonment for Mr Cassidy.

However he said he would adjourn the case and pass his sentence this Friday.