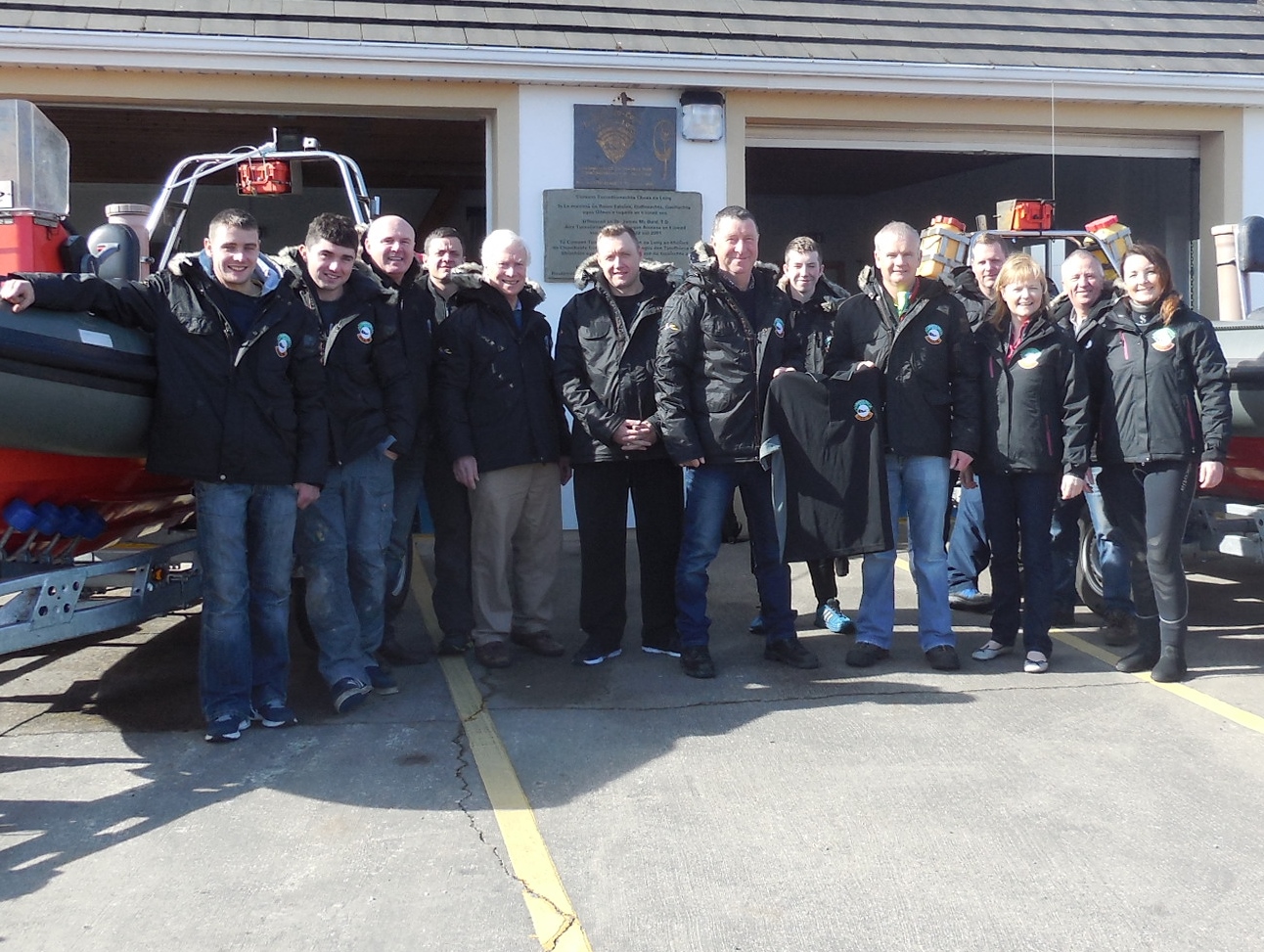 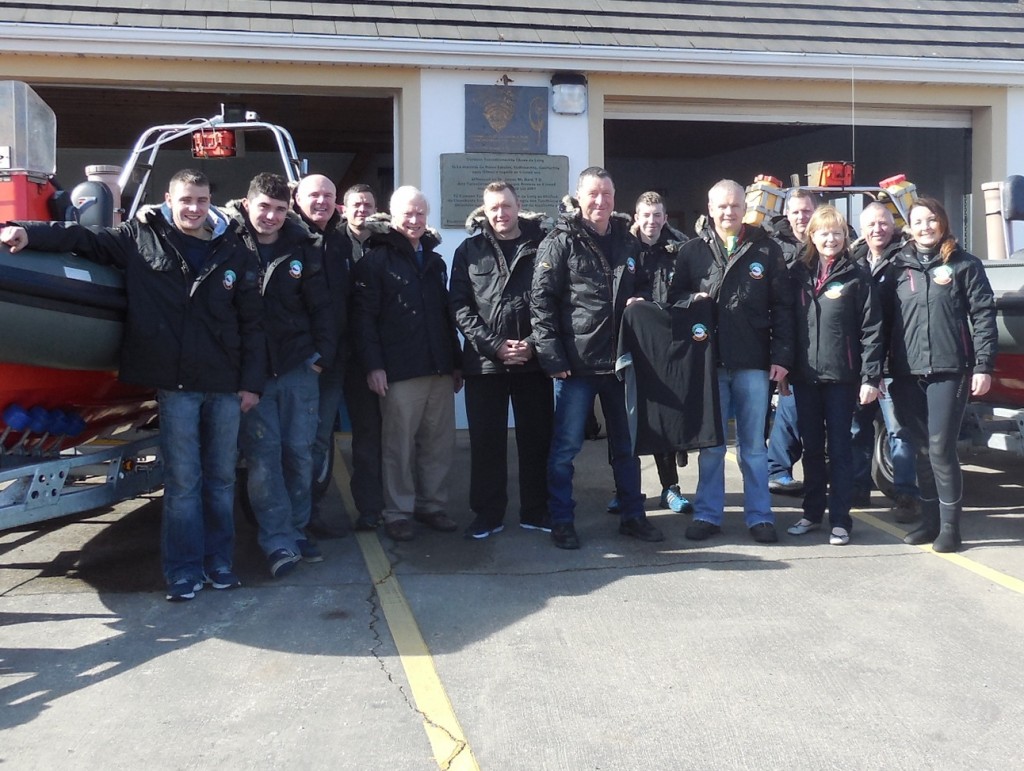 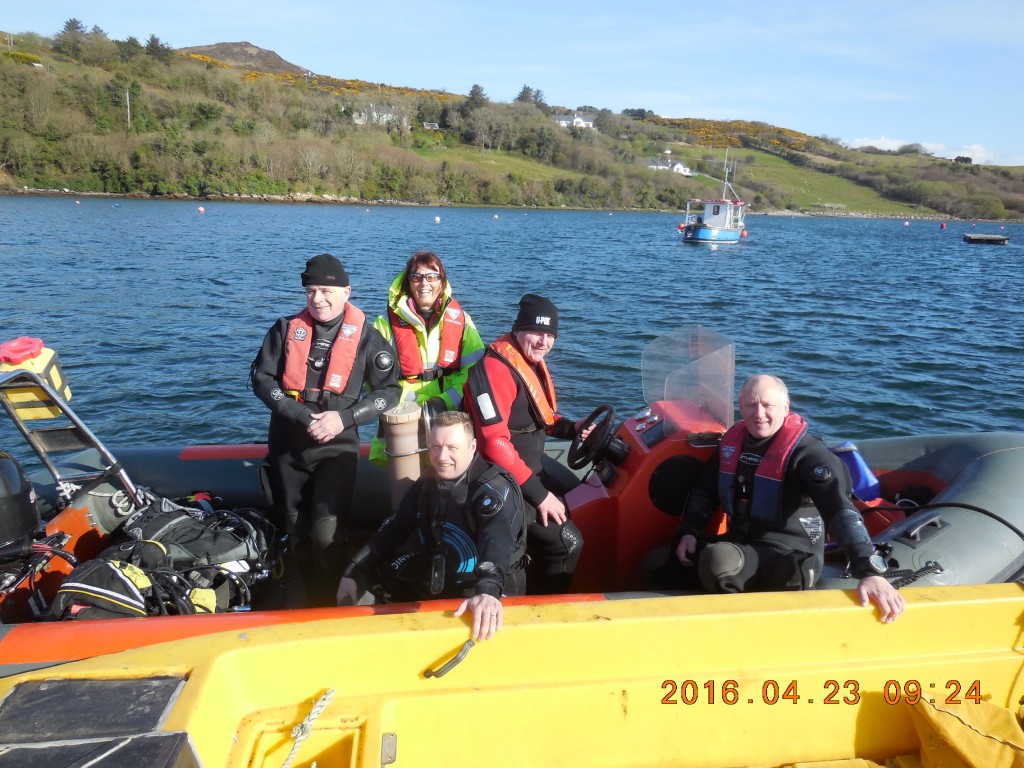 Sheephaven SAC dived Pan Rock on Saturday morning, after what seems to have been quite a long break.

Weather conditions were bright and dry but the north easterly breeze over the previous few days had reportedly left water visibility conditions out to sea quite poor, in comparison to Pan Rock were in-water visibility was known to be well over 10 metres horizontally.

Leading Diver candidate Simon Henderson led the two stick dive, which had surface to surface times of over 40 minutes to a maximum depth of 30 metres.

As always marine life on-site was excellent, with an abundance of Sponges, Sea Squirts, Anemones, Blennies, Gobies, a wide variety shellfish species and thankfully a welcome, but rare sighting, of Thornback Rays.

In-water temperature has shown its first sign of improving, up from last week temperatures of 7 to 8 degrees Celsius. It was just a super morning of diving.

On Sunday morning Sheephaven divers got out to open sea, across the bay from Downings to Pat Mc Gee’s for the Sunday Morning Trainee Dive. But before the diving commenced the club members were presented with their new official club jackets by John Joe Rowland and Hugo Mc Fadden, on this historic weekend of the anniversary of the 1916 Rising.

All divers remember their first dive intensely but for two of the Sunday mornings dive party on this 1916 Centenary Weekend they indeed have a special date to remember, as they conducted their first Sheephaven scuba dive on that date.

Trainees Danny Boyle and Martin Glackin were instructed by Anne Boyle and Joe Neely respectively as they conducted their first 10 metre open water dive in the clear waters of Pat Mc Gee’s.

Water temperature at 8 degrees Celsius is still a bit chilly for the wet suited trainees, so for them dive times were restricted to no greater than 20 minutes.

Marine life on site included numerous sightings of Lobsters, Brown Crabs, a Spiny Starfish killing a Sea Urchin and a beautiful Plaice in all its glory.

Both trainees showed great composure on their first dive, with good buoyancy control throughout the dive. What a memorable way to start a dive career.

For the rest of the two boat dive party it was an opportunity to check out the reef that runs south easterly from Mweefin head towards Downings, which has two distinct substrates. On the northern side of the reef is a rock face that descends from 10 metres to the sandy seabed at 20 metres.

Behind the rock wall is an extensive rock and gravel seabed that extends towards Marblehill and in the summer time this site teems with fish life, in particular the home of some lovely large Pollock.

With the 2016 dive season stretching ahead of Sheephaven divers there a two important dates for the club diary, starting with the CFT Northern Region Dive rally on the weekend of the 24th June 2016, which Sheephaven has volunteered to lead.

There has already been some considerable interest from divers around the region and indeed from further afield about the upcoming dive weekend. Rumour has it that available accommodation around Downings is already at a premium.

Depending on the weather Sheephaven expects to take the visitors onto sites that range from Mulroy Bay to Tory Island, with two dives on Saturday and one on Sunday morning.

While on Saturday evening the clubs entertainment committee will put on a bit of a show for everyone involved.

This will be followed on the following weekend by the Sheephaven Bay swim, when the local open water swimming club will conduct a charity swim from Duncap on Horn Head to Portnablagh Pier.

Sheephaven SAC will provide boat cover for the swimmers for their crossing of the couple of miles of open water between these locations, once again everyone involved can only hope for good weather on day.