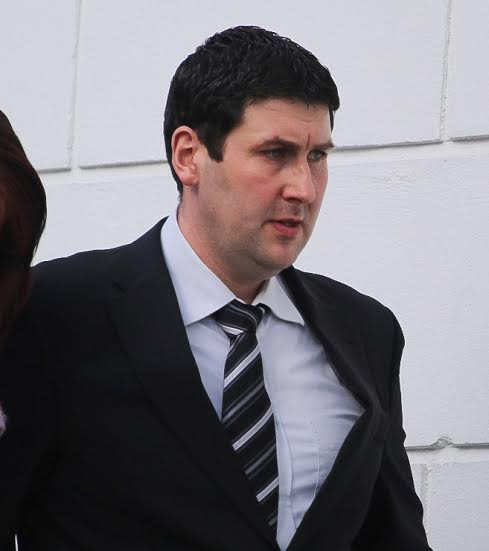 COURTS: A woman who lost her husband in a road traffic accident, urged a judge not to record a conviction against the man who was cleared of causing his death by dangerous driving.

In February of this year, a jury found Adrian McCool not guilty of dangerous driving causing death.

It was in relation to a collision which occurred on November 13th, 2013, at Cappry, Ballybofey.

John O’Donnell, 53, at the time of the incident was tragically killed in the collision.

Adrian McCool appeared at Letterkenny Circuit Court yesterday afternoon in relation to three road traffic offences relating to the same incident – including failing to have lights on a sheep trailer on the night of the crash and dangerous parking.

The defendant had pleaded guilty to all three charges on the indictment.

The court heard how Mr McCool had been left psychologically scarred by the incident, and was reminded of the tragic incident every time he travelled on the road the accident occurred.

Defence solicitor Damien Crawford read out the details of the probation report which had been ordered on the defendant.

Mr Crawford told the court, “In Mr Coughlan’s probation report, he states that Mr McCool displayed very, very strong empathy for the deceased, and was devastated by what happened.

“All the parties involved in this accident knew each other very well, and Mr McCool was distraught and showed huge empathy for the wife and family of the deceased.

“Mr McCool also displayed a strong strength of character, and apologised face-to-face with the wife of John O’Donnell.

“The family of Mr O’Donnell welcomed him into the home during the wake and funeral and showed great courage and kindness during a traumatic and tragic period in their lives.

“Mr McCool has suffered psychological scarring, and is reminded of the accident daily, but he knows his pain is minuscule in comparison to the pain being suffered by the wife and family of the deceased.”

The court then heard how Mr McCool, a 39 year-old married man, and father of one, had an impeccable record in his community.

The court heard references from a number of retired Gardaí in the area in which the defendant lived, and from a local peace commissioner.

Mr Crawford told the court, “Mr McCool is genuinely and totally remorseful for what happened, he’s a married man, and is the father of one child.

“He’s is a Civil Engineering graduate, and has worked for the Donegal County Council for eighteen years.

“He has an impeccable record, and I have character references from a number of retired Gardaí, and from a local peace commissioner.

“He’s been involved in the towns committee and played a key role in the refurbishment of the church car park in the locality.

“His taillights weren’t working and he knows they should have been, he accepted that and pleaded guilty.

“In relation to the dangerous parking, he took action and pulled in, but he didn’t pull in far enough and misjudged the manoeuvre.”

Mr Crawford then handed a letter to the judge from Mr O’Donnell’s wife, in which she urged the judge not to record a conviction against Mr McCool.

Judge John O’Hagan read out the content of the letter to the court.

“I’d like it noted to the court, that I don’t want any conviction or charge brought against Adrian McCool in relation to the incident which caused the death of husband John O’Donnell.”

“That took incredible courage and bravery for Mrs O’Donnell to do that.”

Judge O’Hagan said the case was very tragic, but reiterated that this should serves as a lesson to motorists to always ensure their lights are working properly on their vehicles.

Judge O’Hagan said, “This is a tragic case, but a very, very serious case, the defendant was accused of dangerous driving causing death, but the jury dismissed him of the charge, and that’s gone now, it’s over.

“He pleaded guilty to the other three indictments against him, and accepted it and took full responsibility for it.

“In this case, there was no connection between the electrics on the van and the trailer.

“The lights couldn’t work, it’s a huge, huge lesson to anyone towing trailers, or caravans or anything.

“This had been an abject lesson for Mr McCool, if the lights had been working, this accident wouldn’t have occurred, it’s as simple as that.

“He’s taken full responsibility for his actions, this was an awful night in every sense of the word, and is has affected so many people that it’s incapable of calculation.

“The probation report is remarkable, it goes overboard to say how remorseful Mr McCool is, and it’s inspiring to learn how the family of the deceased welcomed him into their homes for the wake, and he attended the funeral.

“They all knew each other, and came from farming backgrounds, and helped each other down through the years, and have continued to rally around each other in wake of this appalling tragedy.