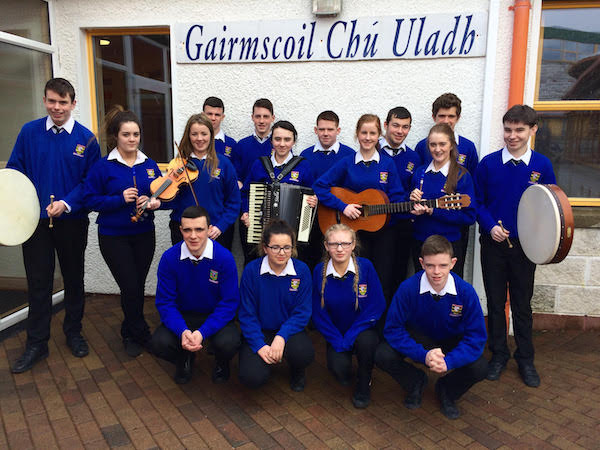 written by Stephen Maguire May 3, 2016
FacebookTweetLinkedInPrint

The students whose song was chosen for the GAA’s 1916 commemoration album.

A Donegal school has had their song included on the GAA’s 1916 Commemoration CD.

The transition year students from Gairmscoil Chú Uladh, Ballinamore in Fintown had their song “Nothing Beats Being There” included on the album.

The students also composed two other compositions, “The Rising Crisis” and “Padraig Pearse in the GPO” which were highly commended in the competition.

In all, there were almost 70 songs submitted from 47 schools for a competition which was an initiative by the GAA’s Coiste Scór Náisiúnta. All songs were asked to use the theme of 1916 as their inspiration.

Indeed, such was the high calibre of those entries that a decision has been made to make a CD of the top 10 songs and to include it in the publication of a book that lists the lyrics of all songs entered.

The full list of songs to be included on the CD are: