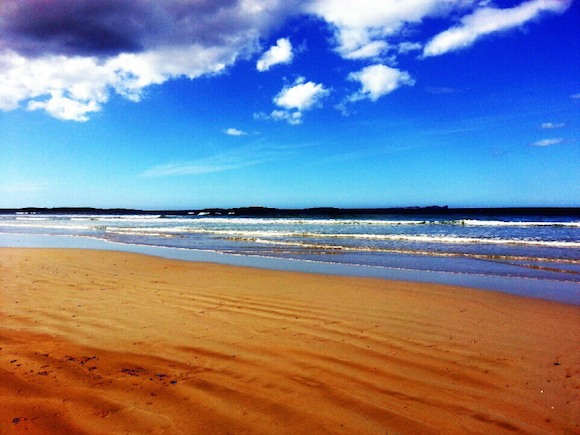 TEMPERATURES SET TO HIT 21C NEXT WEEK IN DONEGAL

Time to hit the beach next week

TEMPERATURES are set to hit 21C in Co Donegal next week, say forecasters.

However the forecasters have insisted there won’t be a heatwave – but the temperatures will be 4C or so above where they are supposed to be for May.

And that will come as welcome relief after eight weeks of dull miserable weather in Donegal.

There will be a widespread rain on Saturday and still the threat of showers on Sunday.

But the best of the weather will be in the west of the country.

Met Eireann reports that it will be very mild on Sunday, with some good spells of hazy sunshine, but some showers breaking out too, with parts of Munster and south Leinster, most at risk.

Outlook: Warm and humid up to midweek, with temperatures in the high teens generally and in the low twenties in some places, best values in midland and western areas. Mostly dry and fairly sunny, but some heavy or possibly thundery showers may drift up over the country, from the south and southeast, at times. Some local patches of sea mist and sea fog are possible also, in a mainly easterly drift of winds.

TEMPERATURES SET TO HIT 21C NEXT WEEK IN DONEGAL was last modified: May 5th, 2016 by John2