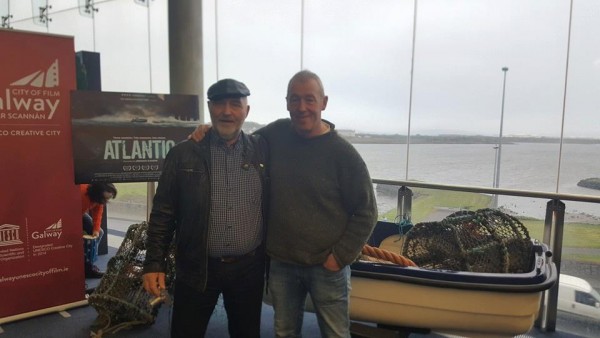 FEATURES: An award-winning documentary which highlights the devastating impact industrial trawlers and oil explorers are having on our fish stocks will be screened at Burtonport Community Centre.

‘Atlantic’ which has been produced and directed by Richard O’Donnell has already won an award for ‘Best Irish Documentary’ at the Dublin International Film Festival.

O’Donnell shot to fame with his critically acclaimed documentary on ‘The Pipe’ which told the story of the community at the centre of the Corrib Gas controversy.

‘Atlantic’ is narrated by Hollywood film star Brendan Gleeson and it follows the fortunes of three communities, Arranmore Island, Newfoundland and Norway who’ve been directly affected by the impact of industrial trawlers and oil explorers in the North Atlantic Ocean.

Next Friday, May 6th, the feature documentary will be screened in Burtonport Community Centre at 8pm.

‘Atlantic’ is once again a hard hitting look at the complexities faced by small communities and the competing interests over the ocean’s natural resources.

HARD HITTING DOCUMENTARY ‘ATLANTIC’ TO BE SCREENED AT BURTONPORT COMMUNITY CENTRE TONIGHT was last modified: May 5th, 2016 by Mark Forker