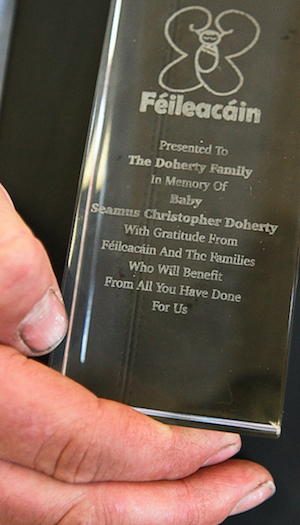 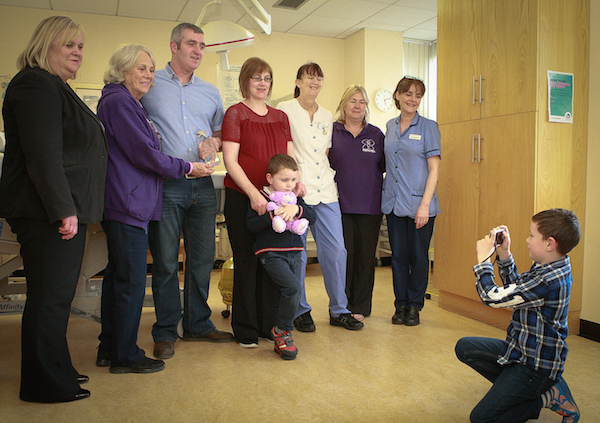 Seamus Doherty and his wife Veronica and their sons Barry and Martin pictured as they present proceeds from a recent birthday.

The proceeds were used to purchase a camera which was donated to the maternity ward at Letterkenny University Hospital through the group Féileacáin in memory of their son Seamus Christopher.

The group Féileacáin (Stillbirth and Neonatal Death Association of Ireland is a newly formed, not for profit organisation that aims to offer support to anyone affected by the death of a baby during pregnancy or shortly after.

A lovely glass plaque from The Group, Feileacain who made this presentation to the Doherty Family in memory of their baby Seamus Christopher Doherty with Gratitude from Feilcacain and the families who will benefit from all you have done for us.

The organisation was formed by a group of bereaved parents who supported each other after the death of their own babies and have now come together to formally offer support to other parents and families who find themselves in a similar situation.

Representing the management was Evelyn Smith, Assistant Director of Women and Children at the Letterkenny University Hospital.

Representing the group Féileacáin were Joan Dothill and Marie Cregan and representing hospital staff were Marian Peoples, and Marian Duggan.