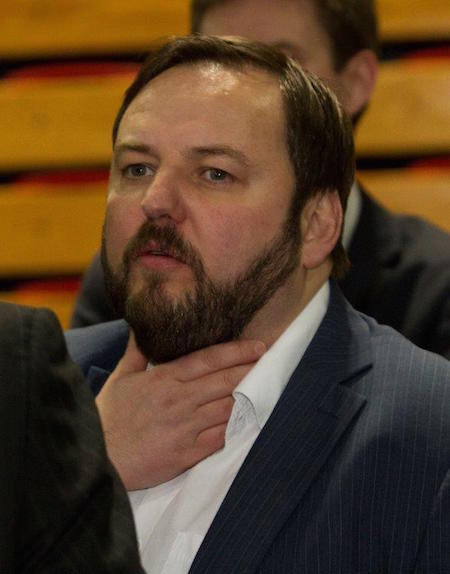 Senator Pádraig Mac Lochlainn has said that moves by Fine Gael to begin the privatisation of the health services will be vigorously resisted by his party.

Senator Mac Lochlainn also stated that Fianna Fáil, as facilitators of the programme for government, should clarify their position in relation to references to privatisation within the draft Programmne for Government document.

He said “The draft Programme for Government clearly states that ‘We will provide for the temporary transfer of management of hospitals to another provider where there are consistently poor outcomes, patient experiences and financial management’.

“This is extremely alarming language. It indicates that the new government will seek to carve up the hospital system in a way which will make it easier to pass over to private operators.

“Privatisation of the hospital network has the potential to lock out thousands from accessing basic medical care based on their ability to pay. This is not acceptable. Inability to pay should not deny anyone the opportunity to lead a full, long, healthy life.

“In contrast, Sinn Féin is committed to a model of universal healthcare, free at the point of delivery, and accessed on the basis of medical need, not ability to pay.

“Through a system of purposeful, and chronic, underfunding and under-resourcing, the last government spent five years constructing false justifications for the privatisation argument. We see through it. Investment and a political will to deliver a world-class public health service is the progressive way forward.

“It should be obvious that privatisation is not the answer to a public need. However, Fine Gael seem hell-bent on creating new profit centres for those in the private sector by commodifying our public infrastructure, and indeed the vital services upon which ordinary people depend.

“Fianna Fail, as facilitators of the programme for government have allowed for this. Does Micheál Martin and Fianna Fáil TDs in Donegal now see the gradual privatisation of the health service as the way forward?

“The privatisation of our health service, creeping or otherwise, will be vigorously opposed by Sinn Féin in the Dail, local councils and in our communities.

“We will continue to argue for increased, targeted investment as the basis for a comprehensive and socially just solution to the health crisis in this state.”