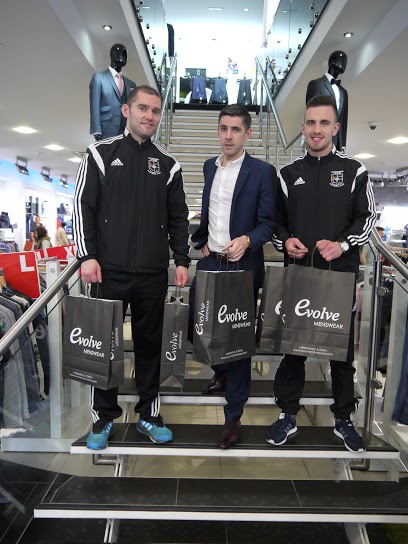 LETTERKENNY ROVERS HOPE TO ‘EVOLVE’ AT THE AVIVA 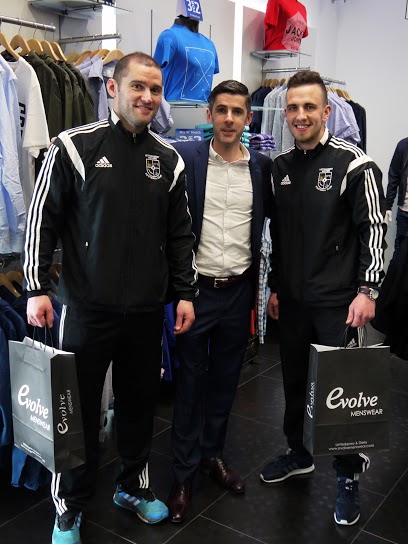 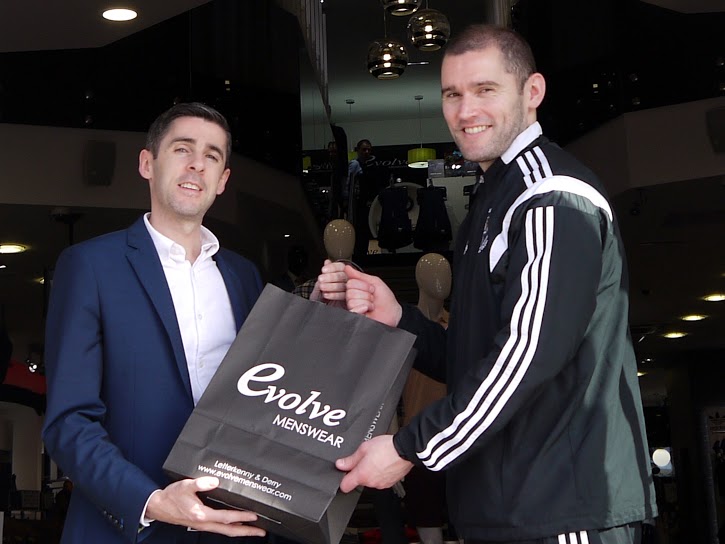 Evolve Menswear are ensuring Letterkenny Rovers FC look the part for their FAI intermediate Cup final at the Aviva Stadium next weekend.

Letterkenny Rovers are set to fly the flag for the town and the county next weekend (Saturday, May 14) when, for the first time in the club’s history, they take on Crumlin United FC in the FAI Intermediate Cup final at the Aviva Stadium.

To ensure Letterkenny Rovers look as good off the pitch as they do on it, Evolve Menswear have kitted the team with new attire for their trip down to Dublin.

“What Evolve have done by doing this for the players and backroom team is made the best day in the club’s history that bit more special,” Letterkenny Rovers’ manager Emanon Mc Conigley told Donegal Daily.

“We can’t thank the lads enough and we hope we can make them and everyone in Letterkenny proud on the 14th of May.”

Evolve Menswear, which was established in the town eight years ago by local business men JP and Mark McCloskey, is the Number 1 menswear retailer in the North West. As well as their store at the Letterkenny Retail, Evolve have also opened up a branch in Foyle Street, Derry.