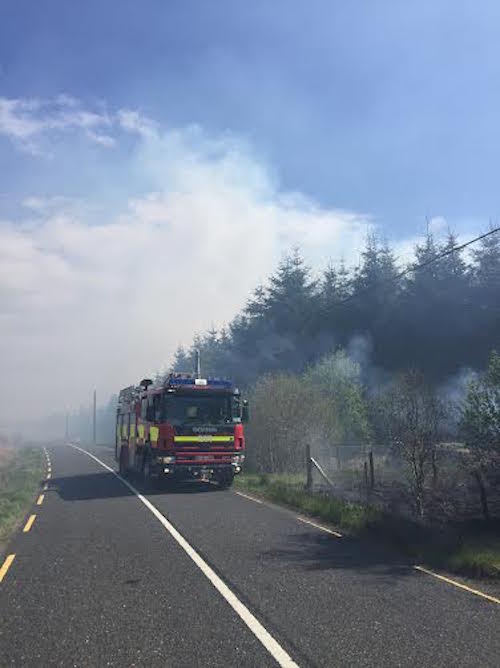 written by John2 May 14, 2016
Facebook0Tweet0LinkedIn0Print0

FIRE crews are fighting a massive gorse fire in Donegal this evening.

The blaze has sent a thick plume of smoke over the main route between Glenties and Donegal Town.

So far four fire appliances and their crews and been despatched to the scene.

The crews are from Killybegs, Ballyshannon, Donegal Town and Glenties.

Photographer Mary Doherty – who took these pictures for Donegal Daily – said the air was filled with smoke.

“It’s windy and very very hot so it seems to be spreading very quickly,” she said.

“There are four fire appliances there and crews are now attempting to put out the flames but they seem to be popping up all over the place.”

The fire comes just says after Donegal County Council pleaded with landowners not to set fires during the current spell of hot weather. 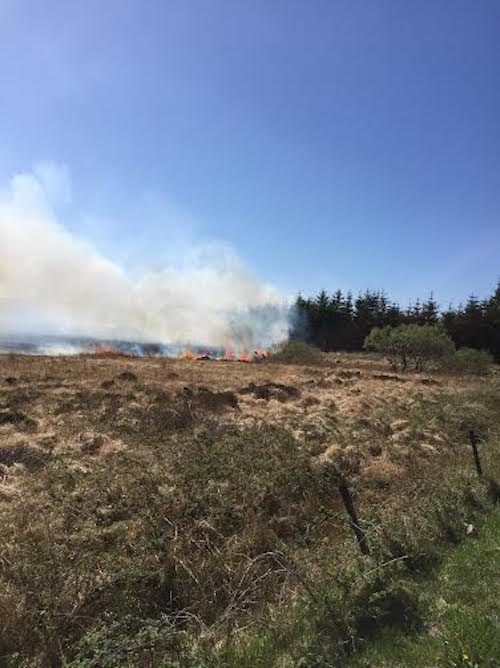 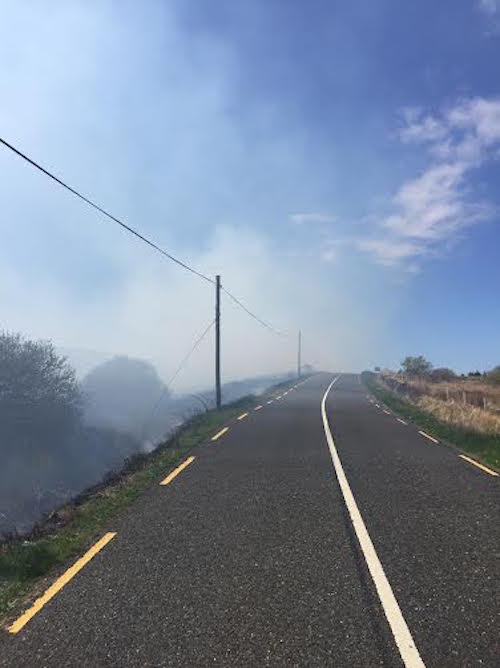 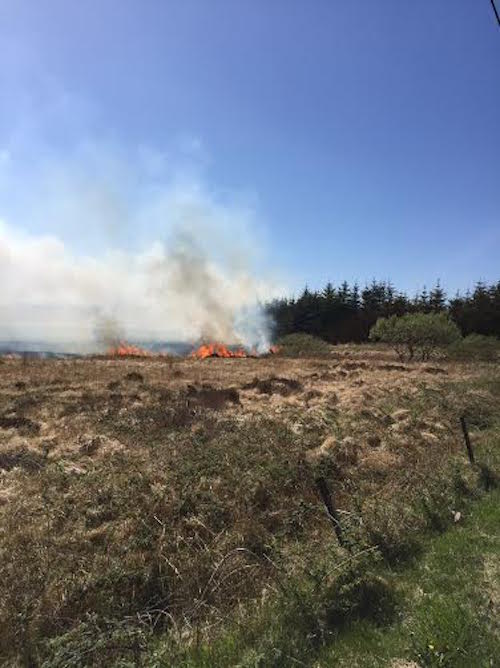