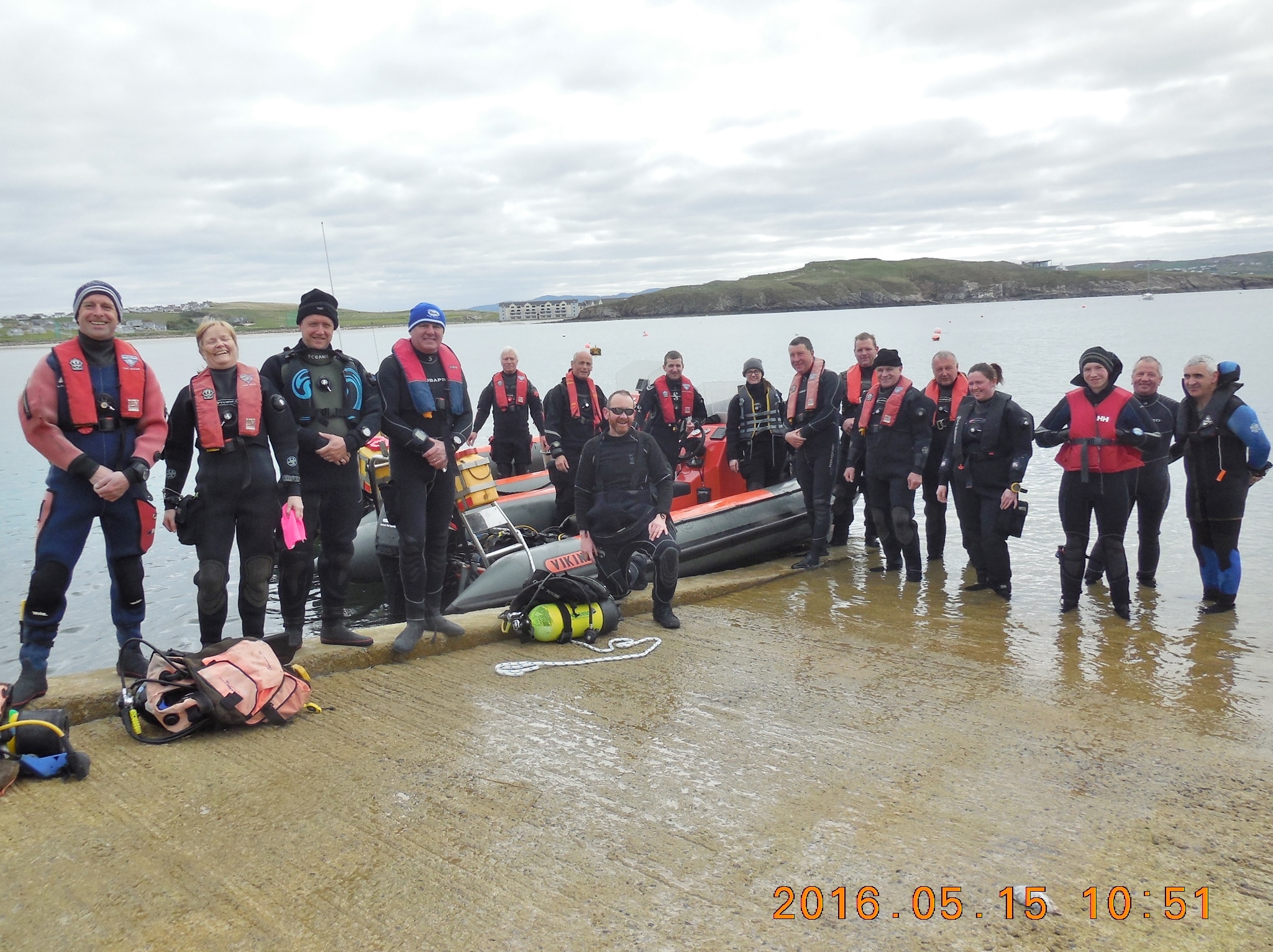 written by Stephen Maguire May 17, 2016
FacebookTweetLinkedInPrint 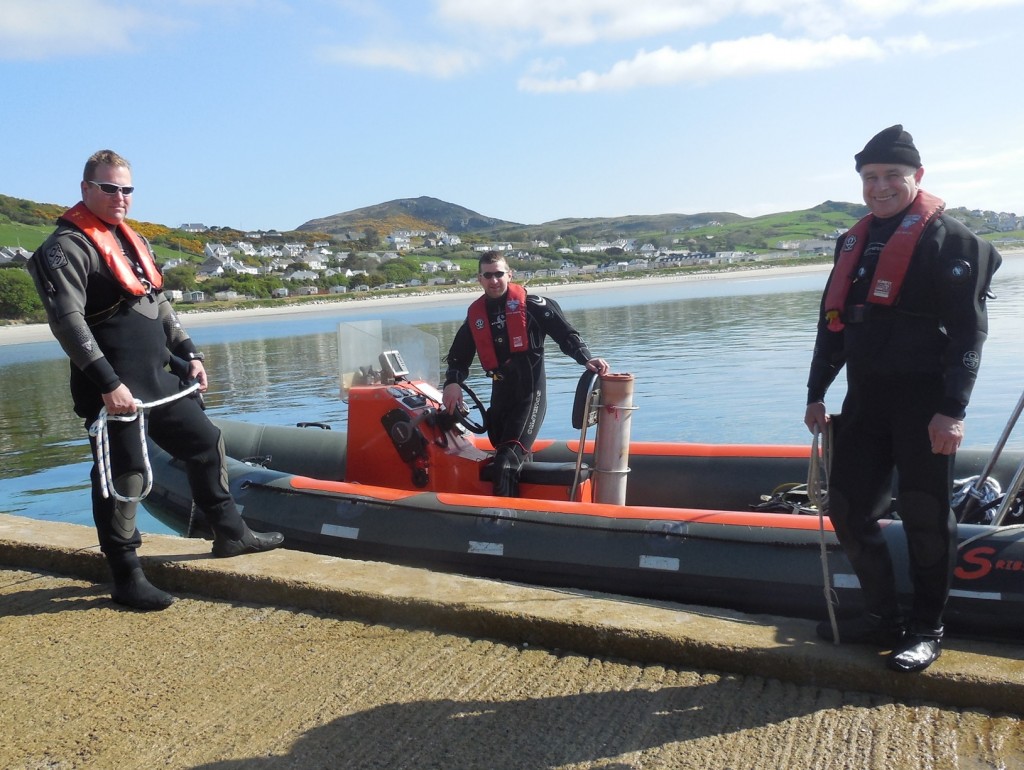 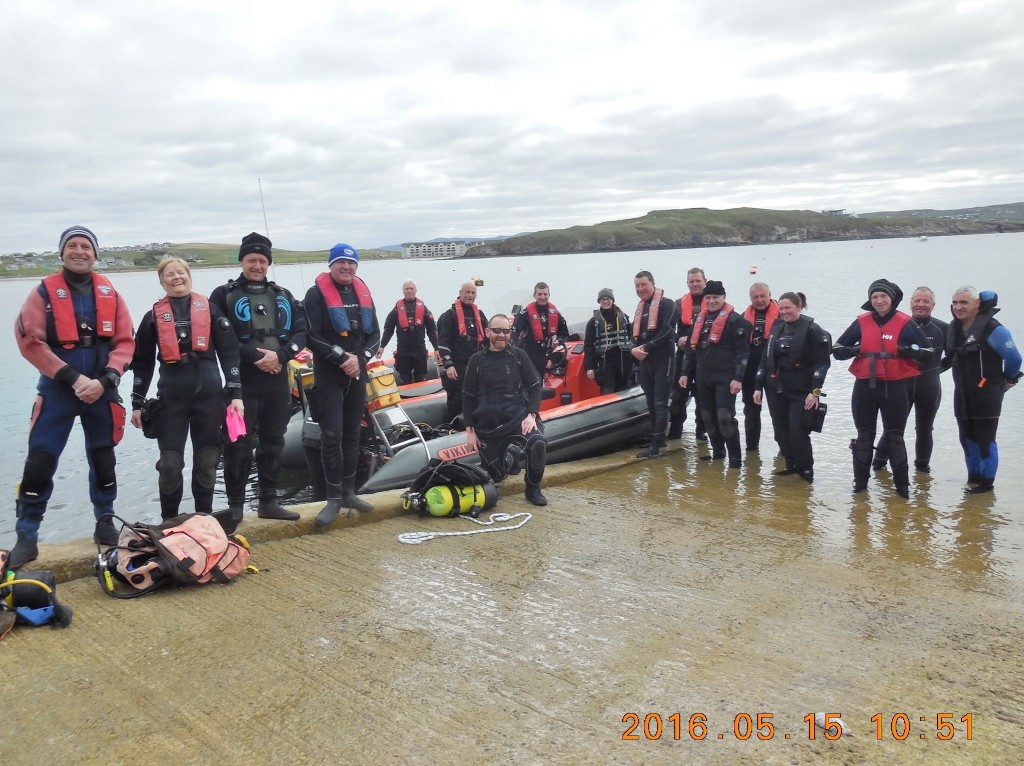 Spring has burst forward for both the countryside and seas of Donegal, with Sheephaven diver’s sighting Hares and Buzzards on the Lough Salt road on the way to Sundays dive, as well as the ever increasing presence of marine life on the dive sites over the weekend.

On Saturday morning there was glorious May sunshine as the divers set out from Downings slipway for a dive at Horn Head.

The journey across the bay was lively as the sea state was a bit busy, built up by the northerly wind but nonetheless the divers still got a 25 metre dive for nearly 50 minutes in Skate Bay.

Water temperature had gone back a little to 8 degrees Celsius from the previous weekend, while in-water visibility was not too bad at 5 metres horizontally.

For two very lucky divers there was a dive experience of a lifetime when they came across a Curled Octopus, carefully hiding from both prey and predator on the seabed.

This was an in-water sighting of the same species brought to divers some weeks ago by local fisherman Ivan Mc Elhinney, but this time the divers were able to see it in its natural environment.

Once the Octopus had been seen it first tried to camouflage itself and eventually shot off to hide in a crevice, after trying to distract attention by expelling an ink jet.

While this sighting is fascinating to the divers evidence of its destructive behaviour on the shellfish population was observed around the area with bits of Lobsters and Spider Crabs strewn around the site.

An observation to be remembered indeed, as it confirms that the Curled Octopus is making its presence felt in the vicinity of Horn Head.

Citizen scientist marine identification has become well established in Ireland through Seasearch and this year there will be a variation to the recording process with the introduction of the ‘Adopt a Site’ scheme.

Over the five months from May to September interested divers will record the biodiversity on a specific site, which will give a picture of the changes in abundance on the site over the recording period.

On Sunday morning Sheephaven divers had a great day at Black Rock when they launched three dive boats from Downings for the Sunday morning trainee dive.

The sea state had improved considerably since Saturday making a dive on the Black Rock quite viable and at 25 metres in-water visibility was good at well over 5 metres horizontally.

Maximum dive times were just over 30 minutes, while temperatures on site were a reasonably comfortable 10 degrees Celsius.

Kevin Boylan led the dive and with Timmy Boyle providing dry coxswain duties it was conducted in a very timely manner indeed.

Thanks to all who towed boats and filled bottles, everyone’s contribution is very much appreciated indeed, but in particular a big thank you to Kevin, who went to great lengths on Saturday afternoon to make sure all boats were good to go the following morning.

Top of Form
Bottom of Form