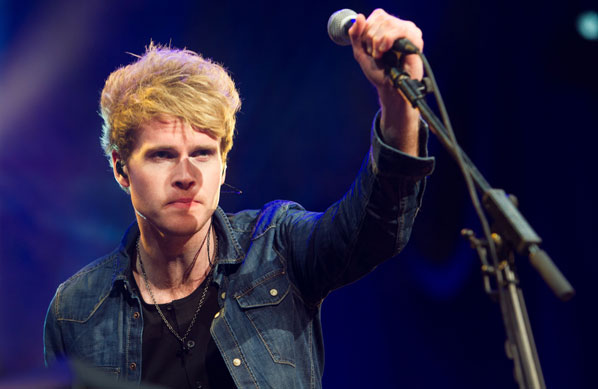 written by John2 May 18, 2016
Facebook0Tweet0LinkedIn0Print0

DANNY O’CARROLL’S bid to raise EVEN MORE money for local charities has been given a huge boost – his online call to action is 90 per cent towards a €15,000 target.

A host of celebrities begin arriving in Donegal tomorrow for Friday’s golf classic at Rosapenna and charity dinner at the Mount Errigal Hotel on Friday evening.

But Danny – who plays Buster in Mrs Brown’s Boys – also went on to the justgiving.com site in a bid to raise more money for two separate worthy causes, Pieta House and Louise James who lost five members of her family in the Buncrana pier tragedy.

“The response has been overwhelming,” Danny told Donegal Daily.

“I’m really looking forward to Friday because the events will raise lots of money for two great causes.

“The online money is a real bonus and it would be fantastic if Donegal Daily readers could help us get it to the target.”

He also revealed that Shane Lowry has donated the golf ball he hit to land the hole-in-one at the US Masters last month towards the charity auction at the Mount Errigal.

It promises to be a great night – it will help Louise James and also help Pieta House establish an outreach centre in County Donegal.