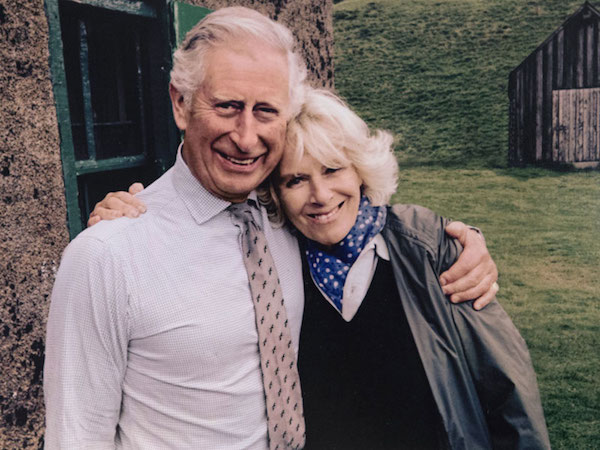 written by Stephen Maguire May 23, 2016
FacebookTweetLinkedInPrint

There has been a widely warm welcome to the news that Prince Charles and his wife Camilla will visit Donegal but not everyone is happy by the announcement.

The Cathaoirleach of Donegal County Council, Ciaran Brogan, said he was delighted to welcome The Prince of Wales and the Duchess of Cornwall to the county on Wednesday.

But Independent councillor Micheal MacGiolla Easbuig said the visit was “insulting” and “a backward step.”

Welcoming the visit, Cllr Brogan said “This is a great opportunity to welcome both the Prince of Wales and the Duchess of Cornwall to Donegal and to showcase all that the County has to offer.

“It will also be an opportunity to demonstrate first hand excellent examples of cross-border collaborative working and how this approach has contributed to building positive and productive relationships in a number of important areas with our cross-border partners”.

The Cathaoirleach will be hosting a special welcome reception at the Letterkenny Institute of Technology with invited guests from all sectors in the County including youth, sport, arts, culture, heritage, agriculture/aquaculture, community/voluntary, business, tourism and the Gaeltacht.

The West-Donegal politician queried who invited the couple and asked why Donegal County Council are hosting them when there has been no discussion with Councillors and a vote was not taken on the matter.

“Indeed the Council refused to confirm the visit to me when I asked about it last week too,” he said.

The councillor went on to further criticise the visit as an expensive attempt to normalise the royal family of the UK as an “ordinary everyday family when nothing could be further from the truth”.

“The history of the house of Windsor is an appalling history and even up to recently we’ve seen Charles Windsor in Afghanistan in the middle east with the British army where the civilian death toll is in the millions.

“Charles Windsor is commander in chief of the parachute regiment who carried out the murder of civilians in Derry on bloody Sunday in 1972. These soldiers were then decorated by the Royal family for their military actions.”

He added that he found it “sickening” to think that these people will be welcomed with civic receptions and so on while Donegal County Council has no funds for housing, roads or community projects.

“They are short-staffed but some officials feel the need to invite people who have done very little in their lives only live a life of privilege and title because of who they were born.

“Over one million people visited food banks in Britain already in 2016 while the royals will live comfortably in their castles without ever having to worry about paying a bill. I hope in times to come the notion of royalty will be seen for the backward out dated practise that it is,” he fumed.

WARM WELCOME FOR VISIT OF PRINCE CHARLES BUT NOT EVERYONE IS HAPPY was last modified: May 24th, 2016 by Stephen Maguire
FacebookTweetLinkedInPrint
Tags:
Ciaran BrogandonegalPrince Charlesvisit