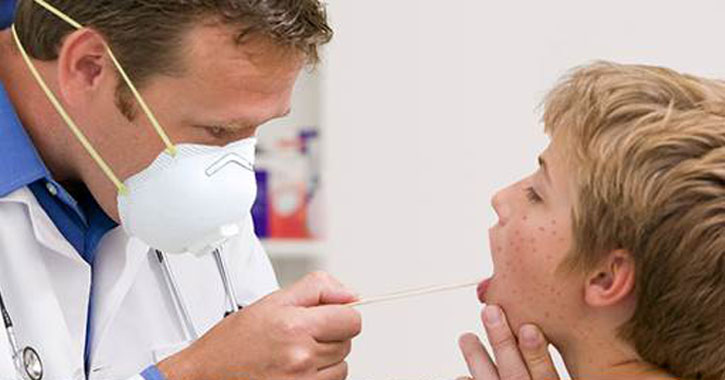 HEALTH: THE HSE are advising parents to remain vigilant after an outbreak of Measles all over Ireland.

There have been nineteen measles cases in the last few weeks, and health officials are asking parents to be vigilant after the huge outbreak among young people nationwide.

Outbreak control teams have been convened in HSE East, South and Midwest.

Nineteen measles cases linked to the outbreak have been identified to date, of which 13 are confirmed and six are probable.

All cases have been identified in the under 30 age group, with most cases occurring in the 15-19 year age group.

The HSE says it believes the source of infection most likely came from another European country where measles outbreaks are occurring.

Most of those who have been infected as a result of this outbreak did not know that they had been in contact with measles.

It is also known that most had not received the MMR (Measles-Mumps-Rubella) vaccine.

Dr Kevin Kelleher told The Irish Times that measles are highly infectious and if cases are isolated early, the risk of transmission to vulnerable people decreases.

“The time between exposure to the virus and developing measles rash is normally 14 days [range 7-21 days]. People are infectious from four days before rash starts until four days after,”said Dr Kelleher.”

Areas of the country where individuals confirmed with measles have been while infectious in the past month include Dublin, Dingle and Tralee in Co Kerry, and west Limerick.